Iran’s key demands for the revival of the JCPOA 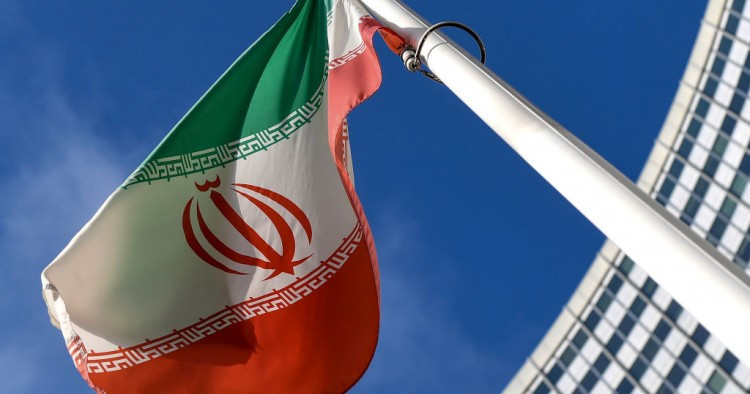 Iran’s new conservative government under President Ebrahim Raisi has based its approach to the nuclear talks for the revival of the 2015 Joint Comprehensive Plan of Action (JCPOA) on three key documents that lay out clear directives: first, Supreme Leader Ayatollah Ali Khamenei’s Oct. 21, 2015 letter to then-President Hassan Rouhani, in which he approved the JCPOA on nine conditions; second, the “Strategic Action Plan to Counter Sanctions” parliamentary bill, adopted on Dec. 2, 2020; and third, the Feb. 7, 2021 speech by the Supreme Leader (after President Joe Biden expressed his desire to revive the JCPOA) when he declared Iran's "definitive and irreversible policy" to revitalize the deal.

Iran and the remaining participants in the JCPOA (France, Britain, Germany, China, and Russia), with the indirect involvement of the United States, have held six rounds of talks since April 2021 in the Austrian capital of Vienna. Due to the change of government in Iran, however, these talks were postponed until mid-June. Moving forward, in line with the directives laid out in these three documents, the Iranians will focus on five key issues in future negotiations and will likely adopt a firm stance to achieve their demands.

The issue of verification

Iran's argument for the need to verify the compliance of other parties with their JCPOA obligations has roots in its experience in the pre- and post-JCPOA periods. The IAEA had the authority to verify Iran's activities, and at first it verified Iran's compliance with the precise technical and measurable standards, but when the JCPOA came into force and sanctions began to be lifted, there was no authority to verify their removal.

The meticulous verification by the IAEA regarding Iran’s nuclear program continued for two and a half years after the JCPOA’s execution and up to a year after the U.S. withdrawal in May 2018, during which the IAEA confirmed Iran’s compliance 16 times in its quarterly reports. According to Iranian officials, however, the United States and European countries were not lifting sanctions against Iran and resolving barriers to the normalization of its international trade relations in an effective and practical manner — as required by the JCPOA. In the meantime, Iran’s complaints went unheard even though it repeatedly insisted that its trade relations had not returned to normal and that it had not reaped the anticipated economic benefits from lifting sanctions during the period from January 2016 through May 2018.

Verifying the removal of sanctions has been discussed by the Iranian authorities. While former President Rouhani said that verification would only require a few hours, Iranian lawmakers said in a statement that the process could take as long as three to six months. According to the lawmakers, during this period Iran needs to return its oil production and exports to pre-sanction levels, have free access to its revenues, and normalize its banking relations with the world.

Meanwhile, according to Iran’s Islamic Parliament Research Center, in addition to removing sanctions in accordance with the JCPOA provisions, the United States should also cancel the executive orders issued by the president. Furthermore, the Office of Foreign Assets Control (OFAC) of the U.S. Treasury should update its policies on Iran and grant waivers for general and special sanctions to any persons or companies wishing to do business with it. One of the most important Iranian demands in this regard is that OFAC waivers to persons and legal entities for trade with Iran should cover a reasonable period of time, at least until the Termination Day (2025). The Islamic Parliament Research Center also suggests that after removing trade barriers and reducing the risk of working with the Iranian economy, other, verifiable measures should be taken. For instance, Washington should review fact sheets, advisories, notices, red flags, administrative rulings, guidance, federal notice registers, and so on according to which the Iranian economy is labelled with high-risk financial crimes and money laundering charges. It should also approve regulations necessary to normalize Iran’s trade ties and change the Financial Crimes Enforcement Network (FINCEN) guidelines from risk based to rule based.

If the JCPOA is revived, the Iranian parliament will require regular verification of the removal of sanctions. In a statement issued on April 13, Iranian lawmakers said that the continued benefit to Iran's economy from the lifting of sanctions had to be verified over a six-month period.

An important issue for Iran when it comes to verifying the removal of sanctions and U.S. compliance with the JCPOA commitments is how Washington will honor its obligations under U.N. Security Council Resolution 2231. According to this resolution, the arms embargo on Iran should have been lifted on Oct. 18, 2020. For Iran, what matters most is the cancellation of former President Trump’s September 2020 executive order, according to which the U.S. government punishes any country that does not abide by its sanctions. Tehran considers this to be a blatant violation of Resolution 2231 and the JCPOA, and its cancellation will serve as a serious indication of Washington’s intention to fulfill its obligations.

During a visit to Syria on Oct. 9, Iranian Foreign Minister Hossein Amir-Abdollahian said that Tehran would return to JCPOA talks, while stressing that verifying the removal of sanctions after any agreements was Iran's main concern. During the six rounds of Vienna talks, little progress was made on the two main issues of verifying the removal of sanctions and guarantees that the United States would not withdraw from the JCPOA again; reports suggested that the U.S. delegation had agreed with Iran’s demand to verify the removal of sanctions in two days, but Iran said this was unacceptable and a mere formality. Moving forward, the tough stance of the new Iranian negotiating team, based on the five key issues discussed earlier, will very likely determine the path and fate of the JCPOA talks.

Saheb Sadeghi is a columnist and foreign-policy analyst on Iran and the Middle East. He has a master's degree in regional studies from the University of Tehran. He focuses on Iran's foreign policy in the Middle East as well as Iran's nuclear policy and writes for Foreign Policy, National Interest, Middle East Eye, and Al-Monitor, among others. The views expressed in this piece are his own.