The keys to reading the UAE’s strategic map 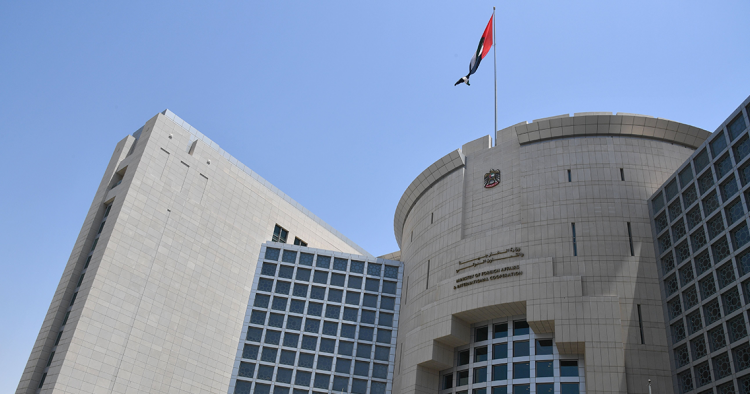 Some observers have been perplexed by perceived changes in the United Arab Emirates’ (UAE) foreign policy on a number of fronts. The UAE’s rapprochement with Turkey, for instance, has been described as a “sea change” and a “reset” after what was depicted as a “decade-long era of muscular policy.”

These supposed changes, however, are more consistent than they may first appear and certainly do not reflect the wider strategic direction of the UAE. These policy moves can be better understood through three “keys” that explain the UAE’s strategic map and its international engagement.

The first key lies in the UAE’s understanding of the way international relations have evolved in the 21st century. The world order is not uni-, bi-, or even multipolar, but rather networked. The concept of the end of the unipolar world and the Pax Americana was highlighted in the Global Trends 2030 report produced by the Office of the Director of National Intelligence in the U.S. in December 2012.

Anne-Marie Slaughter and Fadi Chehadé have argued that a networked world order does not entail the diffusion of sovereignty in a digital world, but rather a set of relations between states that are not based simply on ideology or on binary systems of alliances. Instead, a networked world order implies that states can engage in multiple relationships based on national and regional interests rather than affinity to one ideology or another. This was, after all, the promise of globalization.

The first manifestation of such an understanding is a reversal of the concept of polarity. Polar world systems presume a center of political gravity that pulls states into the orbit of their sphere of influence. This is not the governing principle of international relations in a networked world order though. Instead, centers of gravity have been replaced with nodes of connectivity.

The second manifestation is that the zero-sum calculus that underpinned the Cold War era is no longer the main means of operating. Accordingly, the UAE’s economic relations with China do not devalue its relationship with the United States. Nor does diplomatic engagement with Russia over Syria constitute a departure from its strategic relations with the U.S., in the same way that evolving ties with Saudi Arabia do not suggest a withdrawal from the Gulf Cooperation Council (GCC).

The third manifestation of a networked world order is the replacement of the concept of grand competition with a strategy for “grand complementarity.” The UAE’s rapprochement with Turkey is an example of a successful transition from political competition to economic complementarity. The same can be said of the UAE’s approach to Iran. This explains how the UAE can develop relations with opposing countries like Iran and Israel at the same time — or India and Pakistan and Ethiopia and Eritrea.

The second key is the UAE’s connectivity agenda. This is based on its understanding of the networked world order and its aim of extending connectivity corridors across the world.

The UAE’s connectivity agenda has its origins in its understanding of its geostrategic space. For the UAE, and the GCC countries, the Arabian Peninsula, with the four seas surrounding it, encourages an engagement strategy centered around regional connectivity. Each body of water is a gateway to a strategic area. The UAE already has direct geographic access to the Arabian Gulf and the Arabian Sea. But it has also developed strategic access to the Red Sea through its port operators and the Mediterranean through the East Med Gas Forum. Dubai Ports World’s (DPW) investments in facilities in West Africa, after developing ports in the Red Sea and river terminals in Central Africa, illustrate how the UAE sees Africa as a gateway to South America. This complements its diplomatic drive in South America, where it has opened missions in Argentina, Brazil, Colombia, Venezuela, Chile, Uruguay, and Peru, and plans to open one in Paraguay.

The UAE’s economic and diplomatic activities are based on developing connectivity corridors that allow trade between economies to flow seamlessly through the region.

These connectivity corridors are:

To keep these arteries of connectivity open, the UAE needed three further “enablers”:

The Dubai Expo 2020 is possibly the best embodiment of the UAE’s vision for its global connectivity agenda and the type of cooperation it seeks with the rest of the world.

The third key to understanding the UAE’s strategic map is its differentiation between state and non-state actors.

The UAE believes that the state is the essential building block for global governance as embodied by the U.N. This principle has guided, and continues to guide, its engagement across the globe. Accordingly, the UAE’s position on the Houthis, Hezbollah, the Popular Mobilization Forces, and the Muslim Brotherhood is no different than that toward al-Qaeda or ISIS. They are all transnational non-state actors that have no respect for state sovereignty and see themselves as above the nation. They violate the sovereignty of the state and act outside established codes of international order and practice. This is a major hindrance to state-to-state connectivity and therefore represents a threat to the rules-based world order.

Applying these keys to understanding the UAE’s engagement around the world may help to explain some of the issues that observers sometimes find perplexing. The reason the UAE participated in the coalition against the Houthis in Yemen, for example, is not due to its geographic proximity but rather its understanding of the Arabian Peninsula as its strategic neighborhood and its commitment to support states against non-state actors.

This also explains why the UAE sees the Abraham Accords with Israel and other Arab states as part of a region-wide connectivity agenda rather than merely a normalization agreement between two countries.

These three keys can provide a better understanding of the UAE’s position on conflicts ranging from Yemen to Ukraine, as well as various opportunities from China to South America. Countries like Saudi Arabia, Israel, Turkey, India, and South Korea all demonstrate a shared understanding of the networked world order, the connectivity agenda, and the position toward non-state actors. The same, strangely, cannot be said about the U.S., EU, or even the U.K. The current position on the Russian invasion of Ukraine, though moral and principled, is also bringing back a bipolar world order and rapidly eroding the globalized economy that the U.S. has established since the fall of the Soviet Union. The UAE and others that have fully endorsed and invested in a globalized economy are now having a difficult time coming to terms with how quickly the unipolar world order that heralded globalization is falling apart.

Mohammed Baharoon is the Director General of the Dubai Public Policy Research Center (b’huth), established in 2002 in Dubai. The views expressed in this piece are his own.