Lukashenka’s visit to Abkhazia: A prelude to recognition? 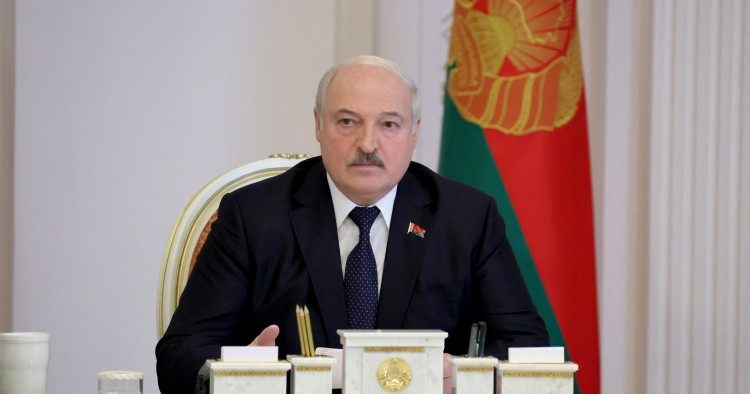 On Sept. 28, two days before Russian President Vladimir Putin officially celebrated the illegal annexation of four more Ukrainian territories, the president of Belarus, Alyaksandr Lukashenka, quietly traveled to the Russian-occupied Georgian region of Abkhazia for the first time. During his visit, Lukashenka met with the de facto President Aslan Bzhania to discuss bilateral cooperation, current challenges, and the prospects of building a “very serious relationship” between Belarus and Abkhazia.

Lukashenka’s visit came straight after his meeting with Putin in Sochi, where the Belarusian leader reportedly came to the conclusion that Abkhazia cannot be abandoned. The summit with the Russian president that preceded the trip to Abkhazia was hardly a coincidence and rather indicates that Lukashenka was not acting on his own initiative. To date, Belarus still does not recognize the independence of the Georgian territories of Abkhazia and the Tskhinvali region (so-called South Ossetia). Despite close relations with Russia, since 2008, Lukashenka has abstained from following Moscow’s lead and recognizing them as independent states, although he has admitted that his decision was dictated by a desire to avoid the negative consequences, including sanctions, that would arise from such actions; otherwise Minsk was ready to please Russia. When he made that statement, in October 2010, Lukashenka was still trying to maintain trade and economic relations with the West and, according to him, had received clear warnings that recognizing the breakaway regions would beget serious repercussions.

Since then, much has changed, Lukashenka is no longer able to play a balancing act between Russia and the West. The fraudulent Belarusian presidential elections held on Aug. 9, 2020, followed by the regime’s repressive crackdown on protesters, made Lukashenka even more dependent on Moscow in his bid to cling to power. And in recent months, the European Union and the United States have imposed sanctions on Minsk due to its involvement in the Russian invasion of Ukraine. In light of the isolation from the West, Lukashenka’s survival is now directly tied to continued support from the Kremlin. At this point, Lukashenka has cut essentially all his links with the West and cannot afford to upset Putin. Given this context, it is highly likely that Lukashenka’s visit to Abkhazia was directed by his Kremlin counterpart.

Since Ukraine received modern weapons from the West, the invading Russian forces have been increasingly struggling to advance. Moreover, the successful Ukrainian counter-offensives resulted in a major humiliation for Putin, driving the Russian president to order the further annexation of Ukrainian territories. Lukashenka, as one of the few remaining Russian allies, but also one of the most dependent on Moscow, may be under pressure to recognize the independence of Abkhazia as a prelude to integrating it into the Union State. This supranational body currently includes only Belarus and Russia and officially serves the purpose of deepening economic and defense relations between the two countries. This past August, the de facto president of Abkhazia expressed apparent readiness to join the Union State, although that sentiment is not shared by everyone in this breakaway statelet.

Russian State Duma deputy Konstantin Zatulin declared that while joining the Union State would accrue several economic “benefits” for Abkhazia, it would additionally make it easier for Russians to buy land there. According to legislation passed by the de facto Abkhazian authorities, foreigners are currently barred from such land purchases, which are seen as a threat to the self-declared “state’s” sovereignty. Earlier this summer, the planned transfer to the Russian government of a vacation complex in the resort area of Pitsunda sparked public protests.

In light of the so-called general mobilization in Russia, concerns over the prospects of being drafted into the war have been rising in Abkhazia, especially due to Moscow’s illegal passportization policy that it has pursued there for more than a decade. The Abkhazian authorities have publicly sought to dismiss those concerns, stating that there are no local plans for mobilization. Yet on Oct. 10, Lukashenka announced that a Russian-Belarusian regional group of forces would be deployed to allegedly deter “possible aggression” against Belarus by the North Atlantic Treaty Organization (NATO) or Ukraine. While it is unclear how these forces will operate, should Abkhazia join the Union State, it is highly likely that the Russian-occupied region will be compelled to engage in the war against Ukraine in some shape or form. In March, when it became evident that Russian forces were becoming bogged down in Ukraine and their losses mounted, Moscow reportedly deployed units from its bases located in Georgia’s occupied territories.

Lukashenka’s visit to Abkhazia was denounced by the Georgian side as well as international partners that have consistently supported Georgia’s territorial integrity. The leader of the democratic Belarusian opposition in exile, Sviatlana Tsikhanouskaya, condemned the visit and expressed full support for Georgia’s territorial integrity, asserting that Lukashenka represents Putin not the Belarusian people. The Georgian Ministry of Foreign Affairs summoned the ambassador of Belarus for an explanation. Yet in the official Belarusian press release, the purpose of the visit was noticeably toned down, with no mention of any recognition of the independence of Abkhazia. The Belarusian side simply stated that Lukashenka arrived to tour “historic places on the northeastern Black Sea coast.”

The visit may not necessarily mean that a decision has already been made for Minsk to recognize the independence of Georgia’s occupied regions. The Belarusian president, who has been in power since 1992, may drag this process out to see how Russia copes with its extremely challenging situation in Ukraine and to leave himself some space for potential maneuvering. Yet no matter how the visit was officially justified, Lukashenka has already undeniably violated Georgia’s sovereignty as well as international law, which recognizes Abkhazia and the Tskhinvali region as part of Georgia. And although Lukashenka’s trip to the South Caucasus did not include Tskhinvali, it is almost certain that if the Belarusian president chooses to go ahead with recognizing Abkhazia as independent, that decision will end up extending to both occupied territories. This is notwithstanding the fact that Abkhazia is a much more complex case due to the population’s nationalist sentiments, whereas the de facto authorities of South Ossetia have time and again expressed a desire to fully join their region with the neighboring Republic of North Ossetia-Alania inside the Russian Federation.

It is now time for Georgia to work closely with the European and Western leaders to make sure that strong and unified messages are being sent to Lukashenka both publicly and, most importantly, through internal channels. Lukashenka must understand that flirting with Russian-occupied separatist entities will cost him a high price. The West needs to preemptively make clear that by visiting Abkhazia, Lukashenka came very close to crossing a red line; and if he decides to proceed with recognizing the government in Sukhumi, a severe set of sanctions will be imposed on Belarus immediately. At the same time, Tbilisi must prepare for this worst-case scenario, including by cutting diplomatic relations with Belarus and advocating for imposing further sanctions against Lukashenka and his close circle.

For the first time, Tbilisi could feasibly convince the international community to include the recognition of Abkhazia and South Ossetia as independent states as a sanctionable offense — as no such sanctions were ultimately imposed on Russia back in 2008. A triggering mechanism for such financial penalties related to an illegal recognition of Georgia’s two breakaway territories can and should be included in the broader sanctions package that the Western countries have been imposing as a response to the war in Ukraine.

Natia Seskuria is an associate fellow at the Royal United Services Institute (RUSI) and was previously a fellow with MEI's Frontier Europe Initiative.