Now more than ever, the US needs to reaffirm its commitment to Georgia 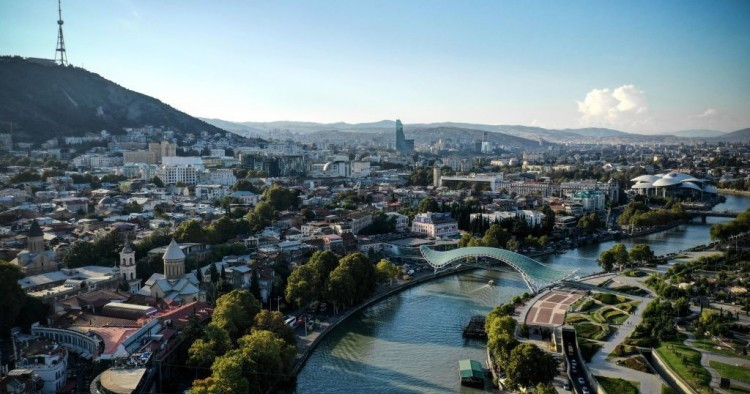 As we near the 13th anniversary of the end of the Russia-Georgia war, we reflect on the continuing tragedy of Russia’s invasion and occupation of Georgia. The consequences of this Russian aggression continue to place a heavy burden on Georgia today. Since 2008, we have witnessed the country’s tremendous commitment to overcoming Russia’s malign influence. Georgians’ overwhelming and bipartisan support for the country’s path toward EU and NATO integration has not been diminished — despite continuous Russian pressure. To the contrary, Georgia’s successes as a post-Soviet state in spearheading democratic, institutional, judicial, and military reforms are evident, and applauded by those in the West. Finally, we recognize this Black Sea country’s vital contributions to the United States and NATO.

Lest we forget, Russia occupies 20% of Georgia’s territory. Its “creeping annexation” and illegal “borderization” have seized even more Georgian territory since the war. Further, Russia’s direct and indirect actions against Georgia, to include cyberattacks, disinformation campaigns, and propaganda, are aimed at undermining Georgia’s Euro-Atlantic aspirations and maintaining Georgia within what Moscow views as its “sphere of influence.” This aggression is unacceptable and denies Georgia its sovereign right to determine the path that it chooses for acceptance into the Transatlantic community.

The Black Sea is increasingly contentious. Russia’s malign activities in the region are daunting and continue to grow. Moscow’s military aggression in and around Ukraine and its militarization of Crimea and the Black Sea directly affect Georgia’s security, prosperity, and any hope for a future in the Transatlantic community.

A proven and reliable partner

Despite the threats Georgia faces from Russia, it has not halted its efforts to join NATO and the EU. Rather, a number of successes reinforce why we must stand with and support Georgia. The country is a proven and reliable partner and its soldiers have served with valor in both Iraq and Afghanistan. The third-largest contributor to the mission in Iraq and the largest non-NATO contributor to the mission in Afghanistan, this small Caucasus nation has made valuable contributions and sacrifices for the West and for its strategic partner, the United States.

Georgia’s role as an international player has grown tremendously over time. Recently, Georgia played an important role in “mediating negotiations over prisoners in exchange for minefield maps” between Baku and Yerevan. Praise for Georgia’s role confirms the country’s potential, reliability, and dependability as a critical geostrategic partner in the Caucasus and Black Sea region.

Recent domestic developments have exacerbated the already fragile state of ongoing political polarization and instability. Polarization is the root of the political crisis gripping Georgia. The April 19th agreement between the Georgian government and the opposition was to build trust between sides and overcome polarization. Its annulment is regrettable, but it should be noted that the main opposition party’s refusal to sign the agreement, despite calls from Brussels and Washington, stopped the path to genuine reconciliation.

Georgia’s successes in reform and its model development of democratic processes reaffirms the success of working with like-minded partners, and these efforts deserve the continued support of the United States and other Western partners. Without this cause, destabilization creates a dangerous path for the Kremlin to exploit. To this end, Georgia’s next municipal elections should be about local representation, which is the backbone of democracy

Despite the domestic issues, this is an important time for Georgia. We must reaffirm our vital commitment to, and our partnership with, Georgia as a symbol of solidarity. Working together for security and democracy benefits Georgia, as well as United States and Europe with the aim of developing a strong, reliable, and dependable relationship with this vital Black Sea partner.

Gen. (Ret.) Philip Breedlove is Distinguished Chair of MEI’s Frontier Europe Initiative. The views expressed here are his own.

Preparing for advancements in Russian warfare in the Black Sea region