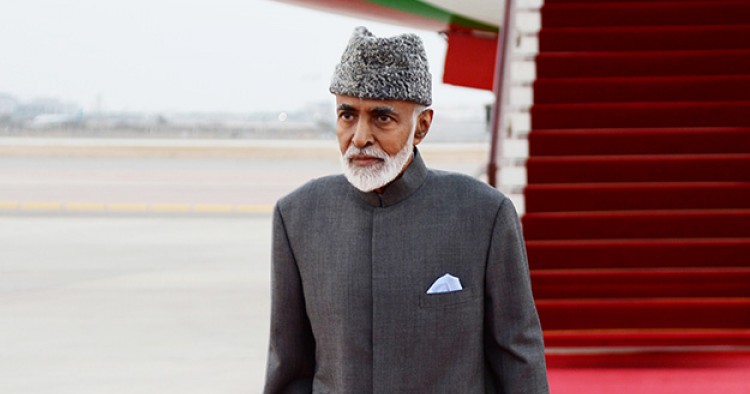 Oman’s government has declined to participate in the current Saudi-led military effort in Yemen. Instead, the country’s ruler, Sultan Qaboos, has called for “non-interference.” This position is an argument for internal political compromise that will eliminate the perceived need for Arab military intervention. To that end, Oman is offering a venue for talks with the hope of moving the political discussion forward.

Oman’s reasons for its support of compromise are in large part due to its long-term security interests and quest for stability. With Sultan Qaboos, 74, confronting health issues, in the not-too-distant future Oman will face a critical political transition as it simultaneously copes with sharply reduced petroleum revenues. A relatively stable, prosperous southern Yemen is important to long-term stability in Oman’s Sunni south. This reality helps to explain the Sultanate’s unique, balanced approach to the regional conflict.

Oman has traditionally pursued policies that have enhanced its value to powerful interests in the region, thus shoring up its security. It has practiced a calculated evenhandedness among the players in part due to its identity as the only state in the Arab Gulf not ruled by a Sunni (a majority of Omanis, including Qaboos’ Al Bu Said ruling family, belong to the Ibadi sect of Islam, an offshoot of the Kharijites). Oman has supported Saudi and GCC campaigns against Islamic extremists and has consistently defended Arab Gulf interests against Iranian saber rattling. It also provided a secret venue for nuclear dialogue between Washington and Tehran. Currently with regard to Yemen, it is attempting to act as an evenhanded negotiator between the conflicting parties in Yemen as well as interested external parties. Essentially, Oman is making itself useful to the major powers in the region—Saudi Arabia, the GCC, Iran, and the United States.

On May 26, 2015, Iranian Foreign Minister Mohammad Javad Zarif visited Oman. In addition to signing navigation agreements, Zarif met with Houthi representatives. The Houthi delegation purportedly met with representatives of the Saudi-led coalition and with U.S. officials to explore a political compromise. Whether reports of progress are accurate or not, Oman’s role as a good faith broker is enhancing its reputation among the parties concerned and contributing to its own stability.

Prolonged conflict and chaos in Yemen’s eastern provinces pose a threat to Oman. In the 1960s and 1970s, the leftist movements, which ideologically underpinned the Dhofar revolt, might well have detached Dhofar and southern Oman from Muscat but for Sultan Qaboos’ and Britain’s move to replace Qaboos’ father, Sultan Said bin Taimur. The history of neglect and the diverging Sunni and tribal culture of the southern mountain and coastal regions of Oman created a situation in which the South Yemen-based Peoples’ Front for the Liberation of Oman and the Arabian Gulf (PFLOAG) insurgency almost succeeded.

In Yemen, recent southern Sunni demands for independence from the Zaydi north and Saudi support for those demands, coupled with the chaos in eastern Yemen, is particularly troubling for the Omani government. Virulent Sunni fundamentalism in the neighborhood is a far more frightening prospect than the PFLOAG of the 1970s.

Since 1970, Sultan Qaboos’ government has often cooperated on security issues with the governments in Sanaa and with former President Ali Abdullah Saleh in particular. Whether it was challenging the People’s Democratic Republic of Yemen (PDRY) prior to 1990 or fighting radical Sunni fundamentalists afterward, Muscat and Sanaa had shared interests and maintained a significant level of security cooperation. This cooperation dovetailed with U.S. support for a united Yemen under Saleh. Now the Yemen conflict has undone any semblance of security cooperation at a particularly critical juncture for the Omanis.

An evaluation of Sultan Qaboos’ reign within the context of Omani history underscores the problem. Since the rise of the Al Bu Said in 1744, there has been only one sultan, Said bin Sultan, known as Said the Great (r. 1806-1856), under whose leadership the stability and prosperity of the Sultanate equaled that of Sultan Qaboos’ reign. Even the long reigns of Qaboos’ father, Sultan Said bin Taimur (1932-1970), and his grandfather, Taimur bin Faisal (1913-1932), were wracked with internal revolts from the Omani Imamate. A de jure division between the coastal Sultanate and the inland Imamate existed until 1970, and the survival of the Sultanate at several critical junctures required direct, substantial British support.[1] In short, with the exception of Said the Great’s reign and the last 25 years of Sultan Qaboos’ reign, the history of the Sultanate has been one of political instability and conflict.

Given this reality, the anticipated end of Sultan Qaboos’ reign means that the new sultan will find it difficult to wield the authority commanded by Qaboos. For example, it is difficult to imagine a subsequent sultan having the authority to dismiss more than a dozen ministers as Qaboos did during the 2011 disturbances of the “Arab Spring.” In addition, the new sultan will lack the personal lineage tie to the Sunni south that has served Qaboos so well. (Qaboos was born in Salalah, the capital of Dhofar, and his mother was Sunni and the daughter of a prominent Dhofari sheik.) Given decreasing petroleum revenues, a new Omani government may have to reduce subsidies and development funding across the board, including in the Sunni south, further complicating the situation. For Qaboos and his advisors, the Yemen conflict is the single most important, immediate security issue facing the state.

From Muscat’s perspective, the Houthi movement and Saleh’s continued participation in Yemeni politics do not pose a particular risk. They may actually be the preferred security partners for Muscat; however, they have provoked revolt in southern Yemen and military intervention by the Saudi coalition. This makes a political compromise in Yemen highly desirable, but potentially unfeasible. As a result, a new sultan in Muscat could find himself looking for allies to quell unrest or even an insurgency with Yemeni roots. To this end, the current Omani policy places a priority on a political compromise that ends the current level of conflict to the west. Should that effort fail, Oman will continue to nurture relationships with the United States, its old ally Great Britain, and even Iran in the event that unrest spreads into its southern provinces.

Omanis know their history of instability; struggles between the Sultanate, the Imamate, and the Sunni south, rivalries in the Al Bu Said family, and tribal conflicts justify concerns about succession and stability. Even if the initial transition is seamless, that is the easy part. It is the decade following the succession that will determine its success and when curtailed chaos in Yemen will be an important factor.

[1] In the 1950s and 1960s, a civil war occurred in which the British, largely because of petroleum interests, backed the coastal Sultanate and Saudi Arabia backed the claims of the Imamate. The Sultanate eventually triumphed. Following the coup of 1970, Qaboos abolished the position of imam and the division between the Imamate and the Sultanate. This topic is discussed in Roby C. Barrett, Oman: The Present in the Context of a Fractured Past (Tampa, FL: Joint Special Operations University Press, 2011), https://jsou.socom.mil/JSOU%20Publications/11-5_Oman_final.pdf.

Balancing the Books: A Deep Dive into Fiscal Policy and Diversification in Oman