The Pakistani Taliban’s radical rebranding: Is there more than meets the eye? 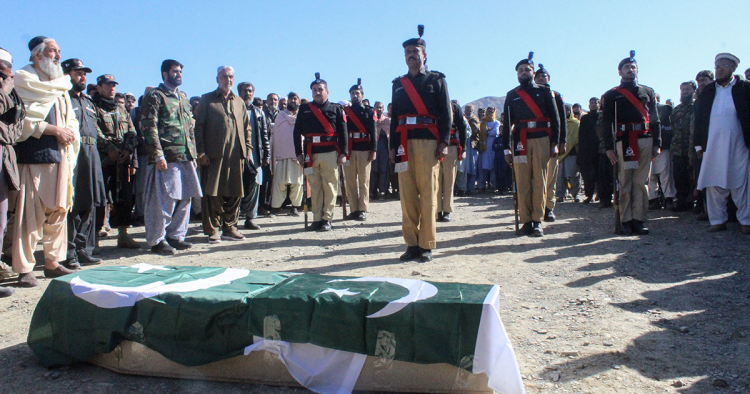 In a statement released on Feb. 12, the Tehreek-e Taliban Pakistan (TTP) distanced itself from international terrorism, declaring that its violence was singularly focused on Pakistan.

The TTP also strikingly urged the United States to partner with it and the “innocent tribal masses” in defense of human rights instead of with “oppressive Pakistan,” which it alleges has been playing a double game with America — a refrain often heard in Washington.

The TTP released a clarification the next day asserting its bona fides as an “Islamic militant organization” focused on “implementing shari’a” (Islamic law) in Pakistan. It also stated that its aims were to urge world powers to not partner with “our enemy the Pakistani army and establishment” and to live up to their claims of supporting human rights by helping remove the grip of the “oppressor” over “oppressed nations.”

While the TTP’s recent comments on America are unprecedented, they do fit into its broader rebranding effort under the leadership of Noor Wali Mehsud, who took over the group in 2018.

The TTP’s legacy of violence and ties to transnational terror

The TTP has receded from headlines in recent years, but it was once one of the world’s most prolific terrorist groups. Founded by commander Baitullah Mehsud in 2007, the TTP served as an umbrella organization uniting the disparate Taliban-style jihadist groups that emerged in the years after 9/11 across Pakistan’s Pashtun belt. These local outfits were generally organized along geographic and tribal lines.

The TTP’s wave of terror began with the assassination of former Prime Minister Benazir Bhutto in December 2007. In the years that followed, the TTP would not only kill many other leading Pakistani politicians, but also tens of thousands of civilians and security forces. Its victims included Pashtun tribal elders, Shi’a minorities, Pakistani civilians observing ceremonies along the border with India, local Christians marking the Easter holiday in a public park in Lahore, and scores of women risking their lives to vaccinate children against polio. The TTP’s massacre of students and teachers at a school in Peshawar in 2014 was arguably its most barbaric attack.

For many years, the TTP and its strongholds in Pakistan’s tribal areas constituted the center of the global jihad. The TTP gave refuge to al-Qaeda operatives as well as militants from a host of regional jihadist groups. Its relations with al-Qaeda, however, were often troubled. Senior al-Qaeda leaders, including Osama bin Laden, rebuked the group privately for its indiscriminate attacks on Muslim civilians. And al-Qaeda’s regional affiliate publicly condemned the TTP’s 2014 school massacre.

The TTP’s second leader, Hakimullah Mehsud — a fairly unhinged character — dipped his toes into global jihadism. The TTP claimed responsibility for the suicide attack on a Central Intelligence Agency (CIA) base in eastern Afghanistan in 2009 by a Jordanian triple agent as well as the failed Times Square car bombing in 2010 by a naturalized American citizen.

These attacks were framed as revenge for CIA drone strikes that pummeled Pakistan’s tribal belt, frequently targeting the TTP and sometimes conducted in cooperation with Pakistan’s Inter-Services Intelligence (ISI). All three of the TTP leaders who preceded Noor Wali were killed in U.S. drone strikes — the first two in Pakistan and the last in Afghanistan.

With the Pakistan Army’s first serious large-scale counterinsurgency operations in 2009, the TTP’s territorial control began to shrink, though the group remained a formidable terrorist threat.

In 2014, the Pakistan Army launched Operation Zarb-e Azb to evict the TTP from its last major territorial stronghold: North Waziristan. The ISI also led a nationwide counterterrorism campaign coordinated with provincial police forces to uproot urban terror networks associated with the TTP, al-Qaeda, and other anti-state jihadist groups. As a result, terrorist attacks in Pakistan plummeted, even as conditions in neighboring Afghanistan worsened.

Due to Operation Zarb-e Azb, the TTP as well as other international jihadist groups fled to neighboring Afghanistan. Some TTP commanders — including Mullah Fazlullah, the terrorist who ordered the attack on Malala Yousafzai — had already been based in Afghanistan as early as 2009.

In Afghanistan, the TTP splintered further, with some offshoots pairing up with the now-former Afghanistan republic’s intelligence service, others continuing to partner with the Afghan Taliban, and some defecting to the so-called Islamic State. The TTP has always been fractious, due to its tribal cleavages and the rank criminality of much of its membership.

Retooling and pivot back to Pakistan

The TTP’s fortunes have taken a turn for the better since Noor Wali assumed leadership in 2018 after the killing of the group's then-leader Fazlullah in a U.S. drone strike in Afghanistan. Noor Wali has re-established the group’s internal discipline, strategic focus, and unity, bringing together the many TTP factions under a single umbrella once again.

Deaths due to terrorism continued to drop in Pakistan into 2020, reflecting Islamabad’s ability to sustain much of the security gains made since the launch of Operation Zarb-e Azb. But the overall decline in recent years obscured a disconcerting trend: the persistence of TTP attacks targeting Pakistani security forces along the border regions with Afghanistan.

Today, the relatively low levels of terrorism in Pakistan are not only attributable to its improved counterterrorism capabilities, but also behavioral change on the part of the TTP, which has moved away from indiscriminate mass casualty attacks, honing its violence largely on Pakistani security forces.

This shift in TTP violence along with its restructuring and release of a laiha (code of conduct) are among the many changes under Noor Wali that suggest inspiration from the Afghan Taliban and perhaps even guidance from al-Qaeda. In cease-fire talks with the ISI last fall, the TTP even demanded the creation of a “political office” in a third country, like the Taliban’s Doha office.

More importantly, like the Afghan Taliban, the TTP today is portraying itself as a territorially-limited movement for shari’a. In an interview with CNN last summer, Noor Wali asserted that his group's fight is "only in Pakistan" and its goal is to take over Pakistan's tribal areas and “make them independent.” He reiterated the focus on Pakistan in an interview that an Indian news outlet purports to have conducted with him last month. The TTP has also tried to reposition itself as a defender of ethnic Pashtuns, as well as aggrieved Baloch minorities, leveraging discontent with army operations in areas neighboring Afghanistan.

So what is to be made of the TTP’s localization strategy? Does it amount to a rejection of al-Qaeda’s brand of transnational jihadism as we’ve seen from groups such as Hayat Tahrir al-Sham? Publicly available sourcing suggests there is more than meets the eye.

For starters, the TTP’s attempts to ride the coattails of secular protest groups like the Pashtun Tahafuz Movement (PTM) do not necessarily reflect a clean break with al-Qaeda. After all, al-Qaeda itself sought to leverage the popular movements of the Arab Spring. Moreover, reporting from the United Nations and other sources claims that al-Qaeda has a hand in the TTP’s change in strategy. Indeed, unnamed al-Qaeda operatives who reportedly spoke with CNN last year hailed the TTP’s behavioral changes and reunification. The TTP’s public distancing from al-Qaeda could simply be a ploy to stay out of the crosshairs of the United States and avoid creating trouble for its Taliban hosts in Afghanistan.

Ultimately, the TTP’s localization strategy is a response to its own failures and recognition of its limited options. It is changing course by appropriating the rhetoric and organizational structure of better performing or winning models in the region, namely those of PTM and the Afghan Taliban. While the TTP is proving that it can still pack a punch, the Pakistan Army, unlike the defunct Afghan National Army, is no pushover. The TTP’s reach as an insurgency today is a far cry from its peak more than a decade ago.

The best case scenario for the TTP is that it causes great enough pain for Islamabad to compel it to concede control over limited territory — most likely areas in North and South Waziristan — that would effectively constitute a mini-emirate between the Islamic Republic of Pakistan and the Islamic Emirate of Afghanistan. Such an outcome, however, is unlikely at the moment.