A Plan For Winding Down the Syrian Civil War: Surge, Freeze, and Enforce 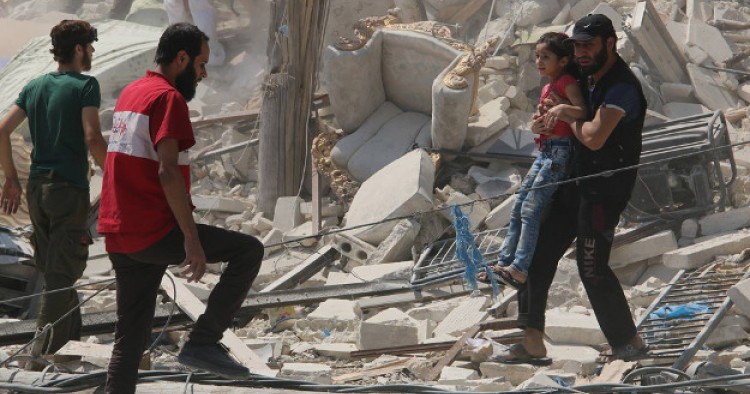 Five years of horrendous conflict in Syria has given birth to a menacing array of threatening and destabilizing repercussions. From the rapid proliferation of terrorist groups, to mass civilian displacement and an international refugee crisis, not to mention the disintegration of a major nation state at the heart of the Middle East, the consequences of the conflict’s apparent intractability are clear for all to see.

Until now, the United States has adopted an inconsistent and largely half-hearted approach to the crisis. Despite publicly proclaiming that President Bashar al-Assad had lost his legitimacy in July 2011, the Obama administration has not once determinedly sought to push that political statement towards being a reality. Despite near-daily war crimes for over 1,800 days in a row, the United States has done little to prevent their continuation. Diplomatic statements of concern and non-binding and open-ended initiatives for dialogue based on non-existent trust have all fallen far short of what is necessary to at least slow the rate of killing and destruction.

The inherent mismatch between U.S. rhetoric and practical policy has contributed in part towards the prolongation of Syria’s conflict and to the amplification of its deleterious consequences — locally, regionally, and internationally. The perceived vacuum created by a lack of full U.S. commitment has been filled by Iran, Russia, and countless terrorist organizations. The consequences of that are clear for all to see, particularly this past week around Aleppo.

This is not to say that the United States and the Obama administration have not done anything in response to the conflict in Syria. They certainly have, but not nearly enough. Obama’s insistence on pursuing a diplomacy-first approach is right, brave, and something to be lauded. Secretary of State John Kerry’s efforts to operationalize that diplomacy-first approach, without the threat of any harder U.S. power behind it, are nothing short of extraordinary. However, when diplomacy by itself demonstrably fails for five years in a row and as the consequences of continued conflict worsen by the week, new and alternative policy approaches must by necessity be considered.

To many American policymakers, the Syrian crisis may be seen as distressingly violent, but it is not perceived as an issue of immediate strategic importance. Unfortunately, this ignores the long-term effects of seeing a country at the heart of the Middle East gradually consume itself and begin to destabilize surrounding countries and regions....