The potential cyber consequences of Israeli annexation of Palestinian territory 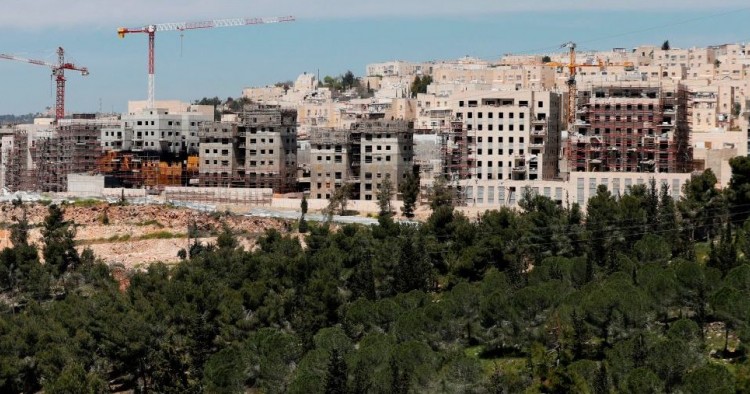 Buoyed by unprecedented support from the Trump administration and eager to act before the U.S. presidential elections in November, Israel recently signaled — and then backed away from — an intention to annex the Jordan Valley, a portion of the occupied West Bank which constitutes roughly a third of contiguous Palestinian land and connects Palestine physically to neighboring Jordan. A wide range of expected voices lined up to oppose the move, with Arab state officials, governments around the world, and even Israeli military leaders predicting destabilization, displacement, and unwanted political consequences as regional and global actors seek to contain the fallout from Israel’s unilateral political actions. As of this writing, it seems likely that the immediate threat of this annexation has, for the time being, faded, but damage has been done nonetheless. The incident also raises an interesting new set of questions about how this particular battle will continue to play out in an increasingly digitized Middle East and the potential for retaliation by Palestinian and other actors in cyberspace, whether or not such an annexation takes place. Going forward, the potential destabilization of cyberspace should not be overlooked as Israel continues to weigh its options with respect to Palestine, and likewise, the addition of cyber-offensive capabilities presents brand new options regional actors can use against Israel, particularly as such signaling continues to be exploited in the information warfare space. As leaders the world over prepare for geopolitical repercussions, Israel’s actions in the Palestinian territories stand to precipitate a wide range of operations in cyberspace as regional actors, already vying for cyber supremacy, incorporate cyberattacks and disinformation campaigns into their offensive and defensive capabilities.

Israel is currently the Middle East’s most well-developed regional cyber power. Besides Israel Defense Forces (IDF) Unit 8200, which spearheads the Israeli government’s cyber operations, the country also boasts a robust marketplace of private cybersecurity actors that produce cutting-edge tools and technologies. Israel’s strong national emphasis on cybersecurity can be explained at least in part by its threat environment, with a number of regional and international adversaries — most notably Iran — posing immediate and ongoing threats to the country and its infrastructure. As recently as May 2020, Israel thwarted an attempted cyberattack on its water facilities, with Iran believed to be the origin point. Israel responded with a substantial cyberattack on Iranian port facilities, causing chaos, malfunction, and limited infrastructural damage. The message to Iran was clear: Any attempts to attack Israel in cyberspace will be met with equivalent or greater cyber retaliation. This cyber-military salvo comes amid ongoing attempts by Iran to position itself as a dominant regional cyber power and a true rival to Israel in the cyber domain, both through cyberattacks with kinetic effect and, crucially, in messaging and signaling.

These dynamics may prove crucial if Israel pushes to expand or further solidify its control over the Palestinian territories. Unilateral decisions such as the annexation of large chunks of Palestine stand to trigger a multi-front shadow war between Israel and its regional rivals, mainly Iran, including both conventional military operations and rebounding attacks in cyberspace. Iran can respond not only with its own cyberattacks against Israeli infrastructure and websites, but also via the cyber capacities of its regional proxies. Hezbollah, a Lebanon-based pro-Iranian political party and militia, has a significant history of inciting violence and attacking Israel in cyberspace, including a sophisticated campaign against Israeli websites known as “Volatile Cedar” that ran from 2012 to 2015. Emboldened by an increasingly confrontational Iran, Hezbollah stands to leverage significant cyber capacity when planning its responses to Israel’s political behavior.

Furthermore, the presence of advanced cyber capabilities throughout the region stands to shift combat strategies to incorporate cyber aggression into more conventional forms of warfare. In a recent and telling example, Israeli airstrikes destroyed a building in Gaza from which Hamas operatives were preparing to launch a cyberattack, thus marking the first ever known case in which a state military used conventional warfare as a real-time response to cyber aggression. This moment indicates a key difference between Iranian and Palestinian cyber actors, both in terms of capabilities and positioning. Israel appears unwilling thus far to respond to Iranian cyber aggression with physical strikes for fear of starting a war that would cost Israeli lives; however, Israel may respond to Palestinian cyberattacks with airstrikes rather than equivalent cyber operations. This dynamic threatens to open a new front of hybrid warfare, by which physical aggression is used as a real-time response to cyberattacks, and vice versa. However, Israel’s intention to avoid conventional warfare with Iran is likely to hold steady.

Finally, no cybersecurity strategy in the Middle East or elsewhere would be complete without an accompanying strategy for information operations online, including targeted information and influence campaigns. Manipulation of the information space online is crucial because it allows actors to shape narratives of conflict, recruit international capital and support, and in some cases, promote nationalist sentiment in times of tense political or military confrontation. Iran, in particular, has an extensive history of utilizing influence operations online as a means of spreading disinformation for tactical and national security purposes. In 2018, Citizen Lab’s report on Endless Mayfly, an Iran-linked information campaign, showed how an advanced network of social media bots and fake accounts was used to spread disinformation about Saudi Arabia, the U.S., and Israel, with the specific intent of inciting regional and international political chaos. One fabricated news article planted as part of Endless Mayfly, for example, falsely claimed that the former Israeli defense minister was dismissed by Prime Minister Benjamin Netanyahu, a move which would have threatened Israel’s relationship with Russia. The campaign was both wide-ranging and carefully crafted, including roughly a dozen fake personas, over a hundred false articles, and 72 online domain names. Iran has much to gain by deploying this kind of strategy in response to Israel’s actions in Palestine. Pro-Iran entities could, for example, use social media to incite violence in Israel while maintaining plausible deniability, as Hezbollah has done in the past. It is not difficult to imagine a scenario in which Iranian operators also use inauthentic content to sow discord between Israel and its political allies, as it did with Endless Mayfly, in order to damage Israel’s relationships with the larger international community.

Manipulating the online information space also affords Iran greater power to sway the narrative around Israeli aggression and further bolster its self-made image as Israel’s most potent threat and a defender of the Palestinian cause. In recent years, the Iranian government has invested heavily to this end — in 2009, Ayatollah Ali Khamenei argued that “content promotion” was the most critical tool in fighting foreign influence. Iran’s Islamic Revolutionary Guard Corps has also trained thousands of recruits to produce pro-Iranian digital material, including graphic designs, video games, animations, and social media content that glorify Iran, teach religious values, and promote anti-Israel sentiment. Iranian political leadership has evidently identified social media and the information space as a crucial component of its regional soft power strategy, and likewise, Iran can be expected to wield its powerful state media engines to vivify nationalism within Iran and promote an image of Israel as an aggressive colonizer and a threat to the region at large.

In addition, actors affiliated with both Israeli and Palestinian stakeholders have consistently utilized the online information space to disseminate information, rally supporters, and in some cases, strategically push political messaging. For example, Israel’s position in cyberspace is becoming an important element of its foreign policy. Effective online messaging is a key tool that can help Israel marshal enough international support to deter serious political consequences for unilateral actions in Palestine. The Israeli government has engaged in the past with online soft diplomatic programming to this effect — for example, in 2013, Israel launched a controversial pilot program to pay hundreds of bilingual university students to defend Israel online and disseminate pro-Israel internet content. As the world grows increasingly digitized, these internet-based diplomatic efforts will prove increasingly important as Israel seeks to fend off growing criticism of its unilateral actions in Palestine. For example, in a recent vote, the Belgian Parliament approved its intention to call for sanctions upon Israel if it were to proceed with annexation, and also discussed recognizing Palestine as a state as a next step. In other words, how pro-Israel actors respond in online space may prove crucial to preserving international support for Israel, even among European countries that have historically been supporters of the country and its foreign policy.

Stakeholders and spokespeople affiliated with the Palestinian cause have also increasingly incorporated online platforms such as Facebook and WhatsApp into their own efforts to disseminate information and promote political narratives. For many Palestinians who lack freedom of movement to the rest of the world, the internet is a crucial bridge that allows communication and connection that would otherwise be impossible. However, many in Israel have also cited instances of online radicalization when calling for crackdowns on Palestinian social media accounts that they say incite violence and terrorism against Israeli citizens. Facebook, in particular, has struggled to balance growing pressure from Israel to crack down on violent incitement with claims that it is censoring Palestinian free speech. While there exists a wide variety of actors in cyberspace affiliated with the Palestinian cause, each with their own goals and intentions, it is clear that Palestinians across the board value social media as one of few remaining spaces in which they can amplify their experiences living under Israeli occupation and promote support for the Palestinian cause. While unregulated social media can indeed serve as a space for radicalization and incitement to violence, it is also a valuable tool for digital protest and advocacy within Palestinian social movements, and will play a key role in future Palestinian responses to Israeli actions.

By all accounts, Israel’s relationship to Palestine, Iran, and other regional actors is rapidly spilling over into cyberspace, portending increased cyber aggression, hybrid warfare, and perhaps most importantly, an online war for the control of political narratives. All stakeholders now have skin in the game when it comes to controlling, occupying, and influencing the cyber domain. Israel in particular will have to weigh potential cybersecurity repercussions as it considers future options with respect to the occupied Palestinian territories. And when Israel does make key final status decisions regarding Palestine, the ability of all stakeholders to maintain their cyber dominance may very well play a central role in determining who walks away with both their international legitimacy and their national security intact. The world ought to keep a close eye on the cyber consequences of Israel’s actions in Palestine, and take seriously the impact that cyber aggression and social media campaigns may have on both political narratives and human security in the Middle East.

Leo Hochberg is a recent graduate from Oberlin College in Ohio, majoring in Politics and MENA studies. His research focuses on refugee rights and human security. Leo has previously published through Heinrich Boell-Stiftung, a German policy think tank, and currently supports the MEI Cyber Program as an intern. Eliza Campbell is the Co-Director of MEI's Cyber Program, and a researcher in technology and human rights at the Center for Contemporary Arab Studies at Georgetown University. The views expressed in this piece are their own.