The Primacy of the G Word: Governance, Not Only Growth 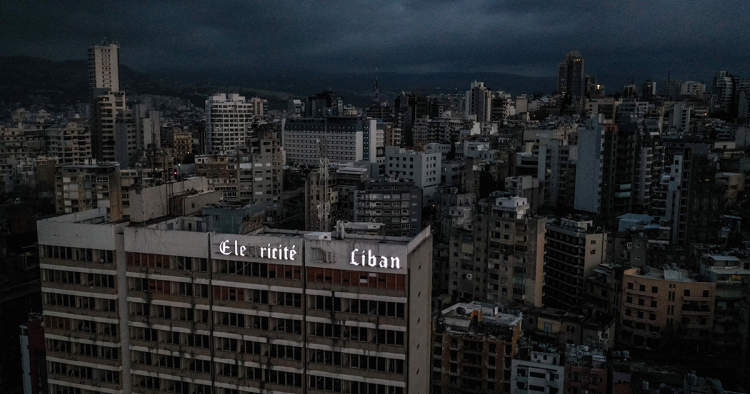 As noted in U.N. General Assembly Resolution 66/290 of 2012, “Human security is an approach to assist Member States in identifying and addressing widespread and cross-cutting challenges to the survival, livelihood and dignity of their people.” It is a people-centered concept that calls for responses that strengthen protection and empowerment for all, emphasizing freedom from want, from fear, and freedom from indignity.

This concept of security has gotten both critique and praise. It was criticized for encompassing everything and nothing, and for opening the door for foreign intervention and the violation of state sovereignty. It was praised for accommodating all universally acknowledged — though not universally upheld — human rights. It was also praised for promoting the integration of the development, peace, and security paradigms.

Five years from now, the Middle East will continue to see the integration of development, peace, and security troubled and truncated. Security will continue to override other considerations as long as the conflictive fronts in the region remain conflicts to be “managed” not “resolved” through just and enforceable solutions — solutions that would be made sustainable through people’s trust.

No one should deny the primacy of security concerns in the Middle East given the number of conflicts, of displaced people and refugees, and of implicated regional and international powers. What should inform future strategies and action plans, however, is the equal importance of maximization of well-being, liberty, and dignity for all. These are not add-ons to the security agenda, nor are they of a second order of importance compared to stability. They are fundamentals for trust and — ultimately — stability in the region.

The shift toward more focus on those fundamentals will be hindered in the next five years by a growth-centered international consensus and a persistent governance decline in most national institutions.

The global forecast is increased poverty due to economic ills that were accentuated during — not produced by — the COVID lockdowns. The global forecast also sees increased precarity of work and widening inequality as economies struggle to absorb high rates of private and public debt and fast shifts toward digitalization. The Middle East will be no exception on account of poverty, precarity, and inequality. In recognition of this dire situation, international financial institutions (IFIs) and regional inter-governmental development banks have adopted growth-centered strategies to help the economies of the Middle East create jobs. Most of those strategies take the approach of supporting private sector development and look for quick-win solutions to help finance cash transfer programs to the poor.

The new IMF leadership is to be praised for centering poverty and inequality in IMF rhetoric. And yet, growth-led strategies do miss governance, defined as expansion of civic space for enhanced citizen participation, alongside institutional strengthening of public services and rule of law. Economic improvements alone will not stabilize the Middle East. Let us not forget that Tunisia was a star performing country in the U.N. global report of 2010 when it erupted in revolution, sparking waves of uprisings across the region. Weak institutions and weak participation are bound to leave the march toward economic prosperity vulnerable to exclusion, capture, corruption, and ultimately inequality. This trend has been captured well by the Mo Ibrahim Governance Index of 2020 (for the African continent, including Arab North African countries). The report shows improved scores on economic opportunity coinciding with consistent decline in security, rule of law, participation, rights, and inclusion over the past decade.

This neglect of institutional strengthening of the infrastructure of basic services as well as of institutions of participation, both national and local, has not been lost on Arab citizens. The latest Arab Barometer of 2020 shows that economic frustration is increasing and trust in government and in formal channels of political participation is declining, especially among Arab youth. Evaluation of government performance in the Arab Barometer shows clear dissatisfaction with all sectors. It is quite striking that 90% of respondents to the survey give their governments high marks on security, while only 30% of respondents say governments perform well in other sectors.

"The driving power lies in institutions of governance and of basic social services because they maximize well-being, liberty, and dignity for all."

What is needed in the next five years is a re-focus of strategies of engagement with the Middle East. Securitizing the relationship to the Middle East is putting the cart before the horse. The driving power lies in institutions of governance and of basic social services because they maximize well-being, liberty, and dignity for all. And that is no invitation for invasion in the name of grand nation-building projects, the failure of which has been proven time and time again. It is a word of reason for IFIs and all development agencies to reset priorities to emphasize competence of institutions and citizen inclusion in governance. Otherwise, those who put security concerns first will end up having to pull the cart themselves because there will be no horses to join in the journey or trust its worthiness.

Noha El-Mikawy is the Ford Foundation’s director for the Middle East and North Africa.