Reforms at the margin: How decentralized power generation could solve Lebanon's energy woes 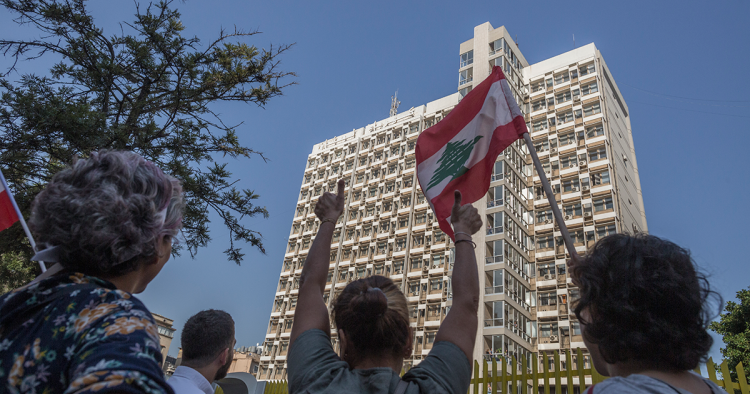 For years, Lebanon has suffered from chronic electricity shortages, and repeated attempts to resolve the crisis have failed. None have been able to surmount the political impasse that blocks every reform effort in the country. Just before the economic crisis, which unfolded in October 2019, electricity provision by the state utility, Électricité du Liban (EDL), covered only 60% of the demand. Since then, EDL’s ability to serve its customers has been gradually diminishing and the prospects of a country-wide blackout seem imminent.

The sector’s destabilizing effect on Lebanon’s macro-fiscal situation has been immense. The constant cash transfers of $1-2 billion annually to cover EDL’s losses have contributed to almost half of the government debt since the post-civil war era.

In this context, decentralized power generation arguably presents the most viable model to solve the supply problems while working within the current dysfunctional political system.

We have already seen a “working” but defective model of decentralized power generation in the case of the local power company Électricité de Zahlé (EDZ). EDZ, which meets the needs of Lebanon’s fourth-largest city, is the only entity apart from the struggling state utility EDL that is legally allowed to purchase electricity from a private supplier and sell it to its own customers. Elsewhere, electricity deficits are covered by a largely unregulated network of private diesel generator owners, popularly referred to as the “generator mafia.”

The EDZ model has been successful in providing residents in its coverage area with high quality 24/7 electricity, ultimately displacing local diesel generator networks, while areas covered by EDL suffer from daily three- to 12-hour outages.

While there are aspects of EDZ that should not be replicated — such as the subsidized power the company receives at EDL’s expense — its success in providing reliable electricity shows that it is possible to create a viable decentralized power generation model that is integrated with EDL’s supply.

Why are solutions so hard to implement?

Lebanon’s spiraling economic and currency crisis has now put a solution to its electricity issues even farther out of reach. The country’s reliance on fossil fuels to generate electricity is draining its remaining hard foreign currency reserves, leaving no room for investment in new power generation assets, while access to international support and financing is conditioned on the adoption of reforms that appear to be far from materializing.

But long before the economic meltdown, there was a fundamental policy inaction problem at the center of Lebanon’s energy sector. The obstacles to solving the electricity crisis have never been primarily technical in nature but are mainly related to governance. Policy makers have never been able to move the needle on reforms to cost of service, tariff adjustments, energy mix, and regulatory framework.

Why are these reforms so hard to implement? The impasse is mainly a result of the political elite being protective of the status quo at all costs. Although EDL is a loss-making utility that has drained public funds over decades, it is also a perfect mechanism for rent extraction. Its operations cover a large number of service contracts, employment opportunities, and space for exchanging political favors.

Given that at the present moment, meaningful governance reforms appear to be a long way off, the energy conversation should focus less on which solutions are most technically and economically optimal and more on what can be accomplished politically in a bad governance context like Lebanon.

This means that the Lebanese government needs to align incentives and build coalitions around needs-driven functional mechanisms to circumvent a state of political and policy impasse.

In this context, a recent paper I co-authored has shown that a modified version of privately-owned concessions may present a workable model, as it allows for “reforms at the margin.”

Given Lebanon’s history of sectarianism and factionalism, the term “decentralization” carries political baggage, with associations of fragmentation and segregation. However, the fact that EDZ presents a service provision model that is compatible with the local political economy should help in gaining acceptance of the concept.

Of course, despite its relative success, the EDZ model is suboptimal because EDZ, like EDL, is a vehicle for rent extraction. When EDL electricity is available, EDZ purchases it at a highly subsidized rate, essentially amounting to a direct transfer of government resources to EDZ.

However, unlike EDL, EDZ is a functional utility, with 5% technical losses compared to EDL’s 20%, a 100% tariff collection rate versus 60-70% for EDL, and generally high levels of customer satisfaction.

This suggests that, if it is possible to tackle the unfair fiscal transfer linked to the underpricing of electricity sold to concessions, it would be possible to improve customer service by allowing private concessions to manage supply, while minimizing the overall cost to EDL and the government.

To achieve this, it would be necessary to raise the price that concessions pay to EDL for their power to something close to the price at which EDL sells power to customers.

Field research indicates that Lebanese are willing to pay a bit more for electricity, as long as service reliability and quality are achieved. Certainly, there are vulnerable groups that need to be taken into consideration, but this should be part of a wider social safety net program that the country also desperately needs to undertake.

In the longer term, of course, Lebanon should move toward renewable energy, not only for environmental and sustainable development reasons but to minimize fuel procurement as a major contributor to rent-seeking and corruption. In the short term, however, reformed decentralized power generation with substantial, but regulated, private sector participation appears to be the best model to address the country’s most pressing energy woes.

Ali Ahmad is a fellow at the Harvard Kennedy School of Government and a senior fellow at the American University of Beirut’s Issam Fares Institute for Public Policy and International Affairs. His research interests lie at the intersection between energy, security, and development in conflict and post-conflict contexts. The views expressed in this piece are his own.