The Revival of Lebanese Cinema 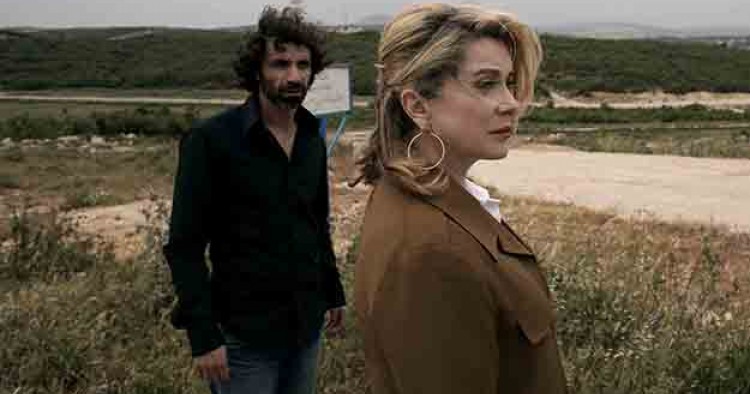 The long, turbulent history of Lebanese cinema is one fraught with financial precariousness, thwarted potentials, and colonialist impediments. Fighting for decades to break away from the hegemony of Egyptian cinema, Lebanon finally came of age in the 1960s and 1970s, reaching a peak with a series of hugely popular mainstream flicks that included the popular Rahbani/Fairuz folk musicals. The rise of what was once deemed as the most exciting Arab cinema at the time proved to be short lived, coming to a premature halt with the outbreak of the Lebanese Civil War.

For the next 30 years, the countless efforts aspiring to set up a concrete infrastructure for cinema have failed, as an entire generation of filmmakers grew accustomed to the restrictive stipulations of foreign funding—the sole mean of finance and production during and after the war. Apart from the occasional private investor and institutions, no Lebanese film producer dared to venture in an ailing national cinema operating with a handful of theatres and without any local or regional funding.

In 2003, acclaimed duo Joana Hadjithomas and Khalil Joreige were searching for an alternative source to produce their second feature, A Perfect. Enter Georges Schoucair, a real estate magnate returning to Lebanon to take over the family business after studying film in France. Cinema has always been Schoucair's biggest passion, and so when the pair courted him, Schoucair not only took on the project, but consequently decided to put up the country's first production house.

Abbout's wide-ranging activities are extending beyond Lebanese film production. Actively seeking to influence the local and regional film scene, Schoucair and his team have initiated a new distribution enterprise, created the Arab world's first genre film festival, ventured into TV production, opened a private equity company for international co-productions, and undertook several endeavors aiming to promote Lebanese cinema. Abbout is no mere production company: it's a lab for ideas managed by a talented team heavily involved in the creation of every project they adopt.

The current encouraging status of both production and exhibition in Lebanon is a far cry from when Schoucair started in 2003. "The production rate of feature films was one picture every year and a half," Schoucair told me at the Abbout headquarters in Beirut. "Films like Salhab's Phantom Beirut and Terra incognita were solely executed by the French. There were no Lebanese producers at the time; no sales and distribution agencies; no art-house theatres. There was nothing."

A Perfect Day positioned Schoucair as the country's patron of alternative films. More films followed in the heels of Hadjithomas and Joreige's success, and in 2007, he co-launched Metropolis, Lebanon's first art-house theater, alongside curator Hania Mroue.

The focus on art-house films is not intentional, as development executive Antoine Waked indicates. "We're not against commercial films, but the fact of the matter is, we never receive commercial scripts," he said. "We continue to be reliant on European funds because you still can't bankroll a project entirely from Lebanese money. These funds have well-known stipulations that filmmakers are shaping their projects around. It's a form of colonization that has led to formation of an auteur-driven cinema catered partially to a Western audience. European funds are always seeking the exotic. Comedies or thrillers are constantly turned down because funders believe that these types of movies already exist in abundance in the U.S. and Europe; that they're not unique enough."

"We're seeking diversity, and we'd like to dabble with different genres, but we're still not there yet," Schoucair commented. "Over the past 10 years, a new breed of shaabi, mainstream folkloric comedies started to emerge. The biggest predicament we're facing is that auteur-driven films travel abroad, but make no money at the box-office; while the popular comedies perform well at the box-office but never travel to festivals. A number of filmmakers have succeeded on both fronts such as Nadine Labaki (Caramel) and Ziad Doueiri (West Beirut), but they're still the exception to the rule. We're still striving for stories that hit the sweet spot between art and entertainment."

Most of the scripts Abbout receive chiefly revolve around unchanging themes: the civil war, the 2006 Israeli war, exile, and now, Syrian refugees. On the upside, the quality of writing has notably improved. "We've conducted several workshops in Metropolis and other organizations, pairing directors with producers and veteran writers. The scriptwriting culture has developed a lot, especially as producers began to have more input in the writing process," Schoucair said.

Technology has also played a key role in the evolution of Lebanese cinema. The post-war generation grew with accessible shooting facilities they learned to master at a time when making movies has become possible, which wasn't the case before. The expansion of film culture and availability of resources have impelled filmmakers to hone their craft, leading to the emergence of a new wave of tech-savvy filmmakers with distinctive visions.

"Five years ago, we'd receive about three scripts a year, and they were mostly poor in quality," producer Myriam Sassine said. "Now we receive up to 30 a year, half of which are quite good. There are more producers now, more technicians, more post-production houses. Technicians can make a living out of working in cinema, which was almost impossible before. There are more film institutions such as Fondation Liban Cinema and Beirut Co-Production Platform; there is consistent representation in top film festivals, more industry events. Things have become more structured, and this only started taking place within the past four years."

The dream of establishing an industry remains elusive nonetheless. For a budding cinema like Lebanon's, state support is fundamental to its development. So far though, the government has strangely washed its hands of cinema, providing no funds, no tax breaks, and no exhibition spaces.

"In Europe, the state can provide up to half-a-million euros per movie, in addition to pre-sales. In Lebanon, we have none of that. Working under these numerous restrictions makes it difficult for a real industry to emerge."

Despite these impediments, Lebanon has managed to cement its place in contemporary world cinema. "I'm optimistic," Schoucair said. "Up until recently, you'd have the odd breakout hit, like Caramel or I Want to See and nothing else. Lebanese cinema now is bigger, and more structured. Because there's still no state support, we're approaching the central bank to fill in the gap of state fund. This will certainly give the film scene a substantial push."