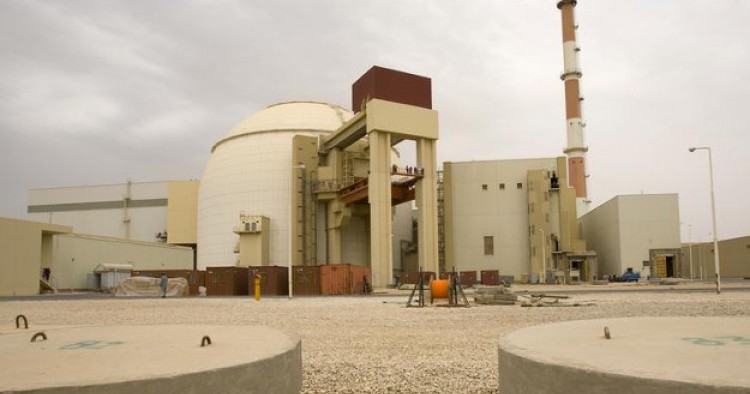 According to Iranian media, Russia has received prepayment for the construction of a second nuclear power plant on the coast near the Iranian city of Bushehr. “The first installment of this prepayment was paid completely in December,” the Russian ambassador to Iran, Levan Dzhagaryan said. Some reports suggest the prepayment was in the amount of 185 million euros. According to Dzhagaryan, the project is expected to be operational by 2027 in a contract worth about at an estimated $10 billions.

Comment: Iran and Russia signed a contract in November 2014 for Moscow to build eight new nuclear power plants in Iran. The construction of Bushehr 2 and Bushehr 3 officially began in September 2016. The news about Iran making the prepayment to Moscow comes at a time when there is still plenty of doubt in Iran about Russia’s reliability as a strategic partner. For example, Russia’s completion of the first Bushehr nuclear power plant was hit by repeated delays, which have been largely viewed by the Iranians as politically-motivated as Moscow sought to use the issue as a bargaining chip in its own bilateral relationship with the United States. Nonetheless, Iran’s determination to forge ahead with expanding its nuclear sector appears firm.

Additional agreements between Iran and Russia were signed in January 2017 between Nikolay Spassky, deputy director general for international affairs at Rosatom, the Russian state nuclear corporation, and Behrouz Kamalvandi, deputy head of the Atomic Energy Organization of Iran (AEOI) for International, Legal and Parliamentary Affairs.

Rosatom has also announced that two of its other subsidiaries - the Russian Research Institute for Nuclear Power Plant Operation (VNIIAES) and Rusatom Service - will “provide methodological and technical assistance to Bushehr personnel in such areas as the handling of nuclear fuel, neutron-physics calculations, commissioning of mobile equipment, and creation of a plant maintenance strategy.” However, it is unclear if the Russians will also upgrade the capabilities of the Iranians in the realm of nuclear-related emergency responses. The concentration of nuclear power plants on the southern Iranian coast remains an acute concern for the Gulf Cooperation Council states that often rely on desalinated water drawn from the Persian Gulf, which would be at risk of contamination in the event of an accident at Iran’s nuclear sites.