Serbia’s best friend in the Arab world: The UAE 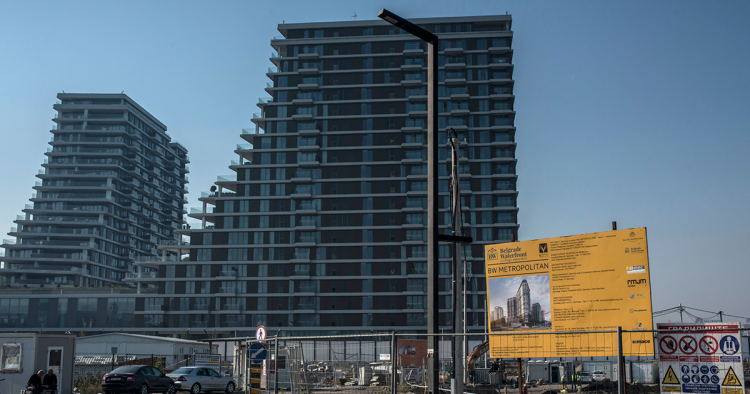 On July 2021, Serbian President Aleksandar Vučić, accompanied by Mohamed Alabbar, an entrepreneur and the chairman of UAE real estate firm Eagle Hills, attended a ceremony in Belgrade. It commemoratthe final work on a tower within Waterfront Belgrade, a major real estate project funded by the UAE. The ceremony was an illustration of the growing ties between Serbia and the UAE, which over the past nine years has become Belgrade’s primary partner in the Arab world. The UAE has also emerged as a source of cash and an instrument of domestic political promotion for the Serbian leadership.

The UAE has become one of six countries with which Serbia has a strategic partnership agreement, France, Italy, Russia, China and Azerbaijan. Between 2010 and 2019, the UAE was the fourth-largest source of net foreign direct investment in Serbia, accounting for 3.1%, behind the EU, Russia and China. For Serbia, partnerships with non-Western players like the UAE are part of its foreign policy of hedging its bets and seeking foreign capital inflows to shore up its troubled economy This has become particularly important since the EU has been unable to continue its enlargement to the Balkans following the 2008 global financial crisis. Past issues have been pragmatically set aside, like Emirati support for Bosnian Muslims during the Bosnian Civil War (1992-95) and the UAE’s recognition of Kosovo’s independence

The UAE also had its reasons for pursuing closer ties with Serbia. As a group of U.K. researchers explained in 2017, the partnership has focused on four main areas: aviation, urban construction, agriculture, and defense. Investments in aviation and urban construction are supposed to help the UAE diversify its economy by moving capital abroad and preparing for the day when the Arab Gulf countries will no longer be able to rely on oil exports. Investments in agriculture and defense are a way for Abu Dhabi to invest in its food and military security. In doing so, the UAE gains a foothold in a region at the crossroads between the EU and the Middle East and has an opportunity to keep an eye on its rival Turkey, which is also active in the Balkans.

In 2013, the Emirati airline Etihad bought a 49% share in Serbia’s struggling JAT Airways, leading to the company’s restructuring under the name Air Serbia. In late 2020, as a result of the pandemic, Etihad reduced its share in Air Serbia from 49% to 18%. Although it has been downgraded, the aviation partnership remains in place. Air Serbia is contemplating restarting a flight between Belgrade and the UAE four years after it discontinued scheduled services to the country, as part of its search for new opportunities in the wake of the COVID-19 pandemic.

In the construction sector, the aforementioned Belgrade Waterfront project is at the center. The project was inked in 2015, and it entails a $3 billion investment to transform a wasteland into a luxurious urban complex. It allows Abu Dhabi to concentrate its capital in a country close enough to the EU membership candidate but without the same strict screening mechanisms as EU member states. Indeed, the democratic backsliding experienced by the Balkans in recent years also helps the UAE on that front.

In the defense industry, the central figure has been Mohammed Dahlan, the exiled Palestinian former Gaza spy chief who is now working for the Emirati government as a fixer. Dahlan has been the facilitator of the UAE-Serbia partnership and Emirati investments in the Serbian defense industry. In 2013, Yugoimport SDPR, Serbia’s largest defense company and the Emirates Advanced Research and Technology Holding (EARTH) signed a $267.8 million deal on the joint development of the Advanced Light Attack System (ALAS), an anti-tank missile defense system. Serbia profits by having its weaponry in Middle Eastern markets, while the UAE acquires a source of weaponry and an ability to distribute it to its allies in various regional conflicts. In the meantime, Dahlan has been given Serbian citizenship and his associates have bought luxurious villas in Belgrade.

As the UAE imports 90% of its food needs, food security is the driving force behind Emirati investments in the agricultural sector. In 2013, the UAE Development Fund provided a $400 million loan for Serbian agriculture, followed by a $400 million deal in which Abu Dhabi-based Al Dahra Agriculture Company bought eight Serbian farming enterprises. In 2018 Al Dahra signed a $172 million agreement to take over the agricultural assets of local agribusiness firm PKB Korporacija.

Domestic politics, boosted by the COVID-19 pandemic, have also played a central role in the burgeoning Serbian-UAE relationship. Serbia will hold presidential and parliamentary elections in 2022. Given the dominance of President Vučić and his Serbian Progressive Party, victory is almost certain. However, with the COVID-19 pandemic still ongoing, the Serbian elite must ensure things go smoothly. Therefore, the partnership with the UAE provides Serbian leaders with both a source of cash and promotion material for the campaign — an old trick that President Vučić is once again using.

In December 2020, Vučić received several million euros worth of medical aid from the UAE arranged by Crown Prince Sheikh Mohammed bin Zayed al-Nahyan. Belgrade also received medical aid from Abu Dhabi in March of that year. After Vučić visited the UAE in March 2021, announced that the UAE, alongside China, will finance the construction of a facility in Serbia to produce the Chinese Sinopharm vaccine. For the UAE, it is a strategic capital investment in Europe that will ensure a supply of vaccines for potential health crises, while for Serbia it will help the country to emerge as a regional vaccine supply hub in the Balkans. After the visit to the UAE, Vučić also travelled to Bahrain, where he highlighted efforts to forge stronger political and commercial ties like those Serbia has with the UAE. Abu Dhabi is opening new doors for Belgrade and introducing it to new economic partners in the Middle East.

During the tower ceremony at Waterfront Belgrade, President Vučić spoke of plans to increase salaries and pensions: “That would not be possible without growth, growth in construction, big jobs, dreams that we had. We have never achieved such a good performance [...] We are slowly reaching European standards in terms of salaries and pensions.” The statement is bold, but there is no doubt that Vučić is increasingly using the UAE and its projects in Serbia for domestic political marketing. President Vučić invokes cooperation with Abu Dhabi to promote himself as a leader who keeps the country and the economy afloat despite the hardships of the COVID-19 world. Earlier, in January 2021 as health authorities struggled with the pandemic, Vučić attended a ceremony full of historical choreography, unveiling a monument to medieval Serbian ruler Stefan Nemanja in the Waterfront complex.

However, the Emirati factor also brings risks. The Waterfront project remains controversial for many Belgradians due to the project’s lack of transparency. There is much debate about whether the luxurious urban complex fits with the low purchasing power of the average citizen and the city’s geographical and urban landscape. In 2016, a group of unidentified mask men demolished several legally disputed buildings obstructing the Waterfront project. The foot-dragging response of the police to the demolition triggered mass protests in Belgrade. Indeed, the lack of transparency involving transactions around Etihad and the Waterfront project have given rise to concerns that the presence of corrosive, corruptive capital will inevitably strengthen an illiberal polity and lead to state capture. Weapons sold to the UAE and Saudi Arabia tend to end up in the hands of militants fighting in Syria and Yemen. The UAE’s agricultural investments are also controversial as the land sales to UAE firms went ahead in spite of the opposition of the Serbian military. Despite these controversies, the partnership will survive because the elites in Belgrade and Abu Dhabi profit from it — and it also provides a good photo-op for next year elections.

Vuk Vuksanovic is a PhD researcher in international relations at the London School of Economics and Political Science (LSE), an associate of LSE IDEAS, LSE’s foreign policy think tank, and a researcher at the Belgrade Centre for Security Policy (BCSP). The opinions expressed in this piece are his own.