Technology and Youth Drive the Future of Work in MENA 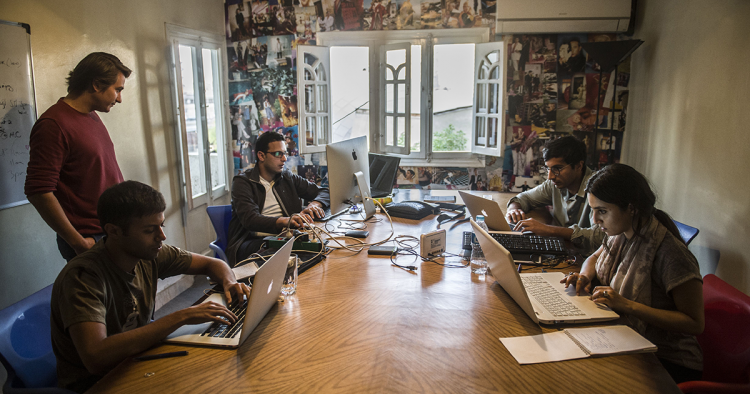 Globally, the demand for manual, physical, and basic cognitive skills is declining. In their stead, digital literacy and competency are becoming requisites for a growing portion of the workforce, and the need for higher-level cognitive skills is on the rise: According to a World Economic Forum survey of employers, skills related to analytical and critical thinking, active learning, complex problem solving, and creativity will see the highest growth by 2025. 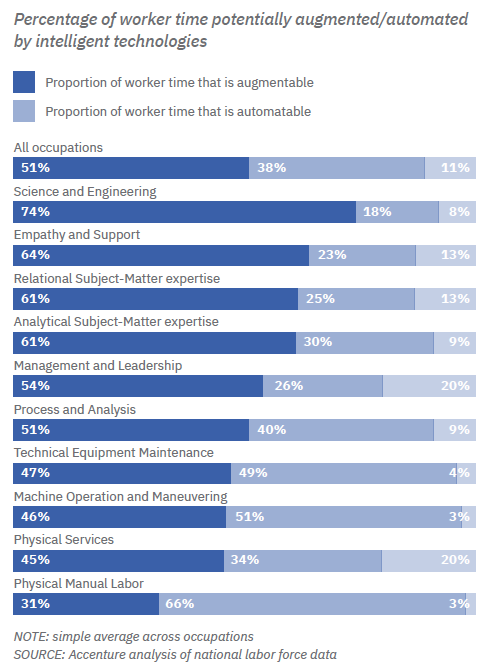 Two statistics clearly highlight both sides of this equation: By 2025 industrial robots are expected to replace as many as 2 million workers, while the need for advanced IT and programming skills could grow by as much as 90% between 2016 and 2030.

The priorities and values of today’s youth are also transforming the shape of the workforce of the future. Good work-life balance is a priority for a majority of young workers, even preceding career progression; flexibility — i.e. remote work and flexible hours — and a sense of meaning derived from work rank highly as well. Consequently, the gig-economy is on the rise: 2019 forecasts projected that global gig-economy transactions would grow by 17% each year until 2023.

"The priorities and values of today’s youth are also transforming the shape of the workforce of the future."

The state of play in MENA

The size of the workforce in MENA is on course to swell by 127 million in the next 10 years, as the employable portion of the youth is expected to grow significantly. As such, the region’s governments are hard-pressed to create enough jobs for the influx of this “youth bulge.”

Furthermore, there is an acute digital skills gap — digital talent only accounted for a meager 1.7% of the workforce in 2017. As shown by three reports compiled by Arabnet, skills around hardware and IT, development/coding, product design, and data and analytics were some of the least available, according to surveyed entrepreneurs in Kuwait, Saudi Arabia, and Lebanon. 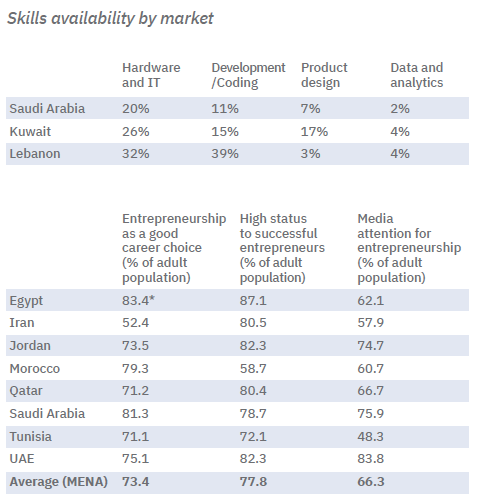 However, the young population in MENA is also an opportunity: As tech-native individuals, youths could prove easier to educate, upskill, train, and integrate into a digital economy.

This is also reflected in the healthy appetite for entrepreneurship among Arab youths. 2015/16 data revealed that, on average, almost three-quarters of people see entrepreneurship as a good career choice, with the results spread relatively evenly among the studied countries.

However, opportunity is not uniform across the region, with a marked disparity in young Arabs’ propensity to start businesses falling along sub-regional lines: In a 2020 survey, 55% of youths in the Gulf Cooperation Council (GCC) said that they intended to start their own business in the next five years, followed by 44% in North Africa, while the proportion dropped sharply to 22% in the Levant. 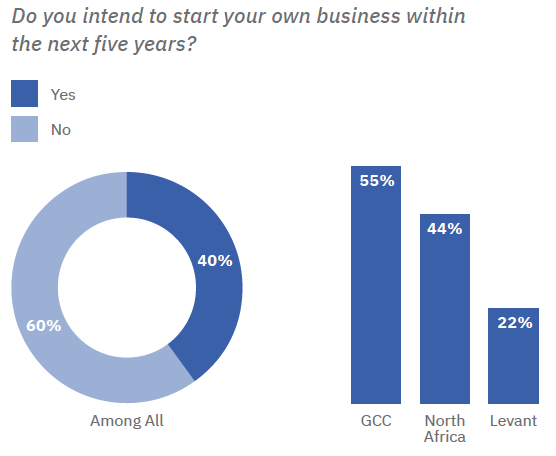 This uneven distribution parallels substantial differences in the economic conditions and outlook of MENA countries. With oil wealth and stable political climates, GCC countries have been investing heavily in upgrading their ICT infrastructure through comprehensive national transformation strategies that prioritize digitalization and disruptive technologies.

For instance, Saudi Arabia established the Saudi Data and AI Authority by royal decree in 2019, bestowing it with a mandate to create a data-driven and AI-supported government and economy. The kingdom has also announced NEOM, a planned $500 billion city powered entirely by renewable energy, artificial intelligence, and robotics, and expected to create over 250,000 jobs. For its part, the UAE established the world’s first Ministry of Artificial Intelligence in 2017, coinciding with its 2031 AI Strategy, a comprehensive government plan designed to ingrain AI technologies in the society. The disparity between economic opportunities, resources, and outlook across the region needs to be considered when thinking of the future of employment in the region.

To drive employment, policy makers in MENA need to address the skills gap — which can be achieved through upskilling/reskilling the current workforce and by better aligning educational programs with employer needs. Estimates suggest that successful upskilling/reskilling of the workforce could boost global productivity by 3% come 2030, growing global GDP by at least $6.5 trillion and adding 5.3 million jobs worldwide.

Such programs are already underway. In Saudi Arabia, a collaboration between General Assembly and the MiSK Foundation has helped train close to 2,000 young Saudis in new tech and digital skills. In the UAE, the government, supported by Udacity, has undertaken an initiative to train 1 million young Arabs in computer programming.

Investing in youth education for employment programs can also reduce the mismatch between graduates and the job market and shrink the skills gap. Engaging private sector employers to provide input and help design curricula and customize training results can have a massive impact on employment: For example, Lebanon-based coding bootcamp SE Factory offers recruitment services and achieves a 90% employment success rate.

Strategies for workforce development should play to the strengths (and take into account the challenges) of each individual country within this larger context. For example, countries in the Levant, with smaller markets and fewer resources, could focus on “back office” value propositions: developing outsourcing industries and centers of excellence in certain digital competencies. These “back office” hubs can efficiently serve commercial hubs in the GCC, where the markets are significantly larger but talent is much more expensive.

Governments should modernize labor laws and regulations to cater to the shifting attitudes and changing makeup of the workforce — including regulating/protecting freelancers and gig-economy workers. At the same time, to foster startups and SMEs (and the jobs they bring), policy makers should roll out regulations to improve the ease of doing business — including more streamlined laws for setting up businesses, resolving insolvency, enabling venture capital and investment vehicles, and protecting intellectual property.

Governments should also harmonize regulations to allow companies to scale rapidly across the region. In doing so, they will enable the growth of regional champions, especially in fast-moving technology sectors, and the creation of high-value tech jobs. Otherwise building and growing a billion-dollar tech enterprise will entail setting up a new company in every MENA market, a daunting task that would make regional players uncompetitive on a global scale.

Omar Christidis is the CEO and founder of Arabnet.