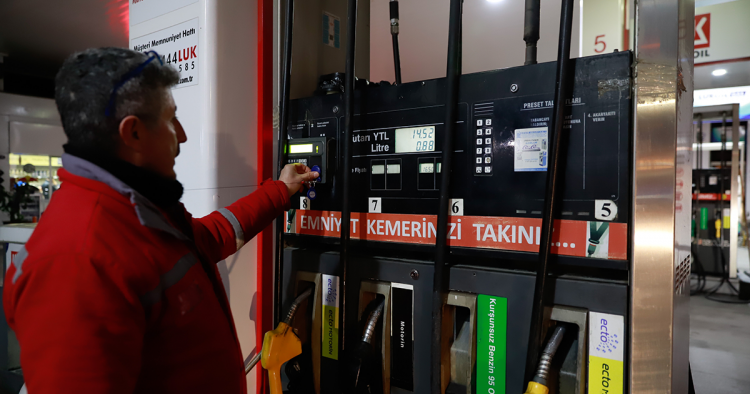 The war in Ukraine couldn’t have come at a worse time for the Turkish economy. Amid the country’s ongoing economic crisis, the government has been implementing extraordinary and unconventional monetary and fiscal policies. The aim is to ensure a steady, but ultimately unsustainable, foreign trade surplus by taking advantage of the undervalued local currency. Its approach has two main components. First, the Central Bank of the Republic of Turkey is implementing too low of a policy interest rate (14%) compared to the real (54.4%) and expected (26.4%) levels of inflation. Second, state-owned banks are ramping up lending, resulting in strong credit growth. To offset the significant side effects, which are persistently high inflation and greater fragility of the financial stability, other measures are being taken, including covertly selling foreign exchange (FX) reserves via state-owned banks and directing local investors to the newly introduced FX-protected deposit program. The super-shock of the currency crisis last November and December, when the exchange rate of the Turkish lira shot from 9.60 to the dollar to 18.40, could be alleviated by these tools. However, inflationary expectations also shifted dramatically upward, resulting in a boom in pent-up household consumption. Going forward, businesses are hesitant about making new investments as economic instability and volatility worsen. Foreign investors already lost their confidence in Turkish lira-denominated financial assets in early 2021 and their appetite for hard currency ones was also killed in late 2021.

Impact of the war

The war in Ukraine has led to sharp hikes in prices for energy and other commodities where Turkey is reliant on imports. Over the past 10 years, the country spent an average of $45 billion on imports of crude/refined oil, coal, and natural gas. In 2021, when Brent crude averaged $72 per barrel, the total energy bill hovered at around $55 billion. As of March 23, Brent is currently trading at $120. Even if the oil price stabilizes at around $100 per barrel, the energy bill may soar to $65-75 billion this year. The total will also depend on how much energy is consumed for heating (where the weather is a factor) and electricity generation (as drought affects hydroelectric power plants).

The conflict in Ukraine affects not only imports but also exports of goods and services. Ukraine’s main ports are blocked and air transportation has ground to a halt due to security concerns. Turkey’s exports to Ukraine totaled $2.9 billion in 2021 and will fall to almost zero this year. The 2.1 million tourists that visited from Ukraine last year will disappear too.

Russia is one of Turkey’s leading trade partners and the balance of trade is certainly in Moscow’s favor, owing to natural gas sales. Nonetheless, Turkey’s annual export income of $5.8 billion from trade with Russia should not be discounted at a time when the government strictly ties exports to GDP growth. Financial and commercial sanctions will hit Russia hard, resulting in a significant increase in poverty levels and leading to difficulties in making payments for imports from Turkey. In 2021, 4.7 million Russian tourists visited Turkey, up dramatically from a pandemic-era low of 2.1 million in 2020. This year, however, Turkey was expected to host around 10 million Russian tourists given the easing of COVID-19’s impact on international tourism. The cost of losing these Russian tourists will be around $5 billion, equivalent to the total of the last two years' income.

Another important aspect of Turkey’s trade relations with Ukraine and Russia is its dependence on imported wheat and sunflower oil: The two countries account for around three-quarters of its wheat imports and all of its sunflower oil imports. Ukraine has already banned exports of grains and other agricultural products through the end of the year, while Russia has imposed a partial ban on grain exports through at least the end of June. Food prices are rising globally, meaning alternative suppliers will be expensive as well. Turkey, a middle-income country where bread made from wheat is the main source of nutrition, may face social protests if the cost of bread production is not subsidized.

The Russian invasion of Ukraine triggered the imposition of harsh sanctions on Moscow by the European Union, Britain, Canada, and the United States. Turkey has not joined any of these sanctions so far. Nevertheless, the Montreux Convention is being duly implemented for the passage of Russian naval ships. The West has not pressured Turkey to impose financial sanctions, as the vulnerability of its economy is apparent. Besides, much like Germany, Turkey needs Russian natural gas. However, any attempt by Turkey to bypass these financial sanctions or invite the oligarchs to bring their wealth to Turkey will probably result in broad diplomatic consequences. Rosatom, Russia’s state nuclear power firm, is the main investor and contractor of Turkey’s Akkuyu nuclear power plant. The construction will likely continue, but Russia may have difficulty financing the project. To sum up, Turkey will not participate in the financial sanctions and closures of air space. Officially condemning Russia because of the invasion will not fully bring Turkey in line with the West and this decision will not come as a surprise. Any attempt by Turkey to impose comprehensive economic sanctions on Russia will adversely affect both its supply chain and its broader financial stability.

The war in Ukraine coincides with a period of weakness for the Turkish economy, at a time when the government is using unconventional tools to induce export-led growth and thus boost employment. The weaknesses of this strategy would be relieved if Turkey could achieve a sizeable foreign trade surplus, but the war has made this impossible. Higher import bills and lower-than-expected revenues from exports and tourism will result in a net loss of $20-40 billion for Turkey, with the resilience of the Russian economy to sanctions and the duration of the war determining the exact amount. Investors’ tendency toward FX-denominated assets will continue as consumer inflation is likely to reach 70%. All of these factors will make it hard to preserve the value of the Turkish lira, which has depreciated by 6% since the beginning of the war. The sale of FX reserves (net reserves are -$43.9 billion when swap agreements are excluded) and FX-protected deposits (totaling $38.3 billion) have proven effective, at least for now. External borrowing channels are still open and the Turkish Treasury recently borrowed $2 billion through a Eurobond issue, but the spread on this was the highest in 19 years. The economy is on the verge of a new crisis, although by using the tools at its disposal the administration can postpone it for several more months. Concerns over global stagflation and faster monetary contraction on the part of leading central banks will close the doors for Turkey to escape from a full-fledged currency crisis. The exact timing and magnitude of the coming crisis are unclear, but efforts to delay it until after the next elections will become increasingly difficult.