US-Iran tensions in Iraq and the effect on civil society 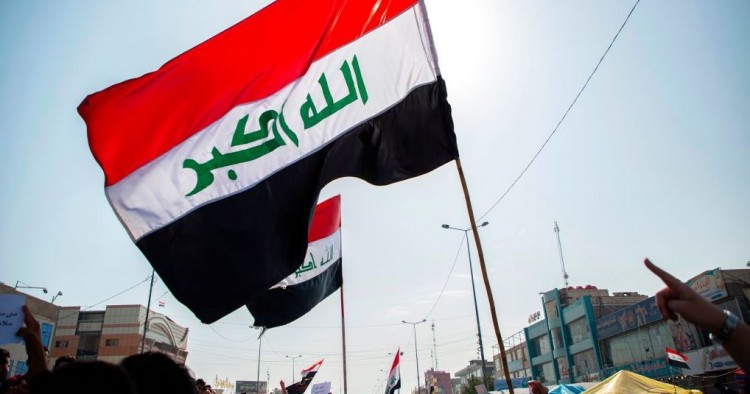 While Iraq’s domestic political crisis continues, the geopolitical face-off between the U.S. and Iran has broadened out, ensnaring civic actors in a mainly military (non)confrontation. Militias have launched rockets at the Green Zone in Baghdad, which houses government buildings and all international representation, seemingly in line with the wishes of their strongest political and financial backers in Tehran. For its part, the U.S. has now withdrawn from a number of coalition military bases — a move the militias have interpreted as a “win” in their effort to oust the U.S. from Iraq. The tensions between the two countries escalated earlier this year following the U.S. assassination of Iranian Quds Force leader Qassem Soleimani and Iraqi Popular Mobilization Forces deputy leader Abu Mahdi al-Muhandis in January outside Baghdad airport.

The escalation has come amid the “October Revolution,” which has seen hundreds of thousands of citizens across the Shi’a-majority south take to the streets to protest poor governance, corruption, and the political elite’s centralized monopoly on power. As tensions between the U.S. and Iran spill over, Iraqi civil society is directly in the firing line.

As the protests have raged, the Iraqi government has implemented a new policy in its application of rules and regulations monitoring civil society organizations (CSOs). The militias’ violent response to the protests has been well-documented; however, the more covert attack on civil society threatens civic engagement among the population more broadly.

The government has enacted a new process to identify civic actors it deems “dangerous,” although whether this is official or unofficial remains unclear. According to over a dozen local actors interviewed in the last month, the government has reached out to a number of civic actors registered across the hotspot cities in the south of the country, paying particular attention to Baghdad, Basra, and Nassriya. These civic actors noted that they had been contacted between November and February by civil servants to update their information. They were asked to submit forms and new applications to detail their work, confirming or updating their registration details, but more importantly also checking whether or not they had received U.S. funding.

All of the organizations spoken to either currently receive U.S. funding in some form or have in the past. All of those who confirmed receipt have projects sponsored through government funding, such as the State Department’s Bureau of Democracy, Human Rights, and Labor (DRL) or the National Endowment for Democracy (NED). Some had partnered with groups such as the International Republican Institute (IRI) or the National Democratic Institute (NDI), but had not received direct funding from them or other U.S. organizations. The campaign against U.S.-funded CSOs is said to have begun almost immediately after the protests broke out.

Organizations that confirm receipt of U.S. funds are then targeted — first by the government’s civilian actors, and then by the militias. Since this campaign began, many CSOs have forcibly or pre-emptively shut their doors. Civic actors spoke of receiving written threats and intimidating letters. One human rights lawyer recounted a series of personal text messages threatening their livelihood, forcing them and their colleagues to close their office in Baghdad, which served vulnerable people in the community. Other organizational leaders describe threats made to withdraw their registration should they continue to operate and support the protests. Many of the CSOs in question have taken this as an implied order from the government. In response they have closed their offices before any physical threats or intimidation began. Others didn’t and reported that their offices were subsequently raided by militia groups, physically forcing them to close.

The physical threats and intimidation efforts by the militias have also targeted civic leaders, particularly women. It is notable that an impressive number of CSOs in the southern part of the country provide personal status support, particularly the recognition of divorce or children’s rights. This is in response to the pervasive scourge of “religious marriage” that has weakened communities and destroyed the future prospects for many women and children. (Although not legal in Iraq, the sayyed marriage is prevalent, leading many young girls to be married off. This leaves them with little to no rights and limits their access — and that of their children — to education.)

This means that a surprising number of civic leaders in southern Iraq are women, despite the social barriers they face (arguably mirroring a pattern that is becoming more evident across the country as a whole). The physical intimidation and threats against women civic actors in particular are purposefully meant to exercise physical power as well as mentally overwhelm them. Civil society actors recount stories of those within their community who have been harassed, physically threatened, or attacked on a regular basis since the protests erupted late last year. Some gave details of a series of continuous attacks on one particular organization and its members. They are also adamant that targeted assassinations of civic actors are part of this wider crackdown.

While this crackdown may affect the protest movement and its ability to reorganize and regain momentum when the COVID-19 pandemic eases and the country lifts its current curfew, the long-term effects on civil society could be far more damaging.

The government and its various security arms have taken the view that civil society and the protest movement are one in the same. While there is no doubt that the majority of civil society stands in solidarity with the movement, there is no evidence to prove that organizations funded by the U.S. have fuelled or promoted protest activities. Almost all of the civic actors interviewed have engaged in the protests, but as individual protesters rather than in an organizational capacity.

As the U.S. withdraws its military personnel from the country, and the militias celebrate their supposed victory, the U.S. administration must affirm its commitment to the social and civic activities that it has long supported in Iraq. The withdrawal of the military has sparked fear within the political elite, and the Kurdish and Sunni factions are already calling for a recalibration of the relationship, fearing the economic sanctions that President Donald Trump has himself threatened. For its part, the U.S. recently announced the start of a new strategic dialogue with the Iraqis, set to take place later this year, realigning objectives and modes of support.

Civil society requires a commitment from its U.S. partners that it will not be left stranded as a result of a shift in the U.S.-Iraq relationship. Whether this outcome is desired or not, civil society has been left exposed to the U.S.-Iran rift inside Iraq, as Iranian-backed militias are able to target and attack civic actors at will. The emerging evidence that they have targeted U.S.-supported organizations reflects both their continued sense of empowerment and the significant gap in protection measures available as a result of the Americans’ continued retreat. The U.S. administration must not, at this crucial point for Iraq’s future, walk away from its commitment to preserve and support civil society.

As the political issues move swiftly to discussion as part of the bilateral strategic dialogue between the U.S. and Iraq (currently scheduled for June 2020), the non-military priorities must be loudly and vocally championed by actors on both sides. It is imperative that the U.S. remembers the power of holistic engagement with its international partners. That must also include accountability for those actors that abuse the support offered. The U.S. should be reminded that it does — in principle — conduct bilateral and foreign relations on the basis of a values-based agenda. The necessity of reaching an agreement on security issues should not come at the expense of important bilateral support to the pillars of governance, namely: civil society (including empowerment and protection of the most vulnerable) and the transparency and accountability of government.

Irregular Warfare: A Case Study in CIA and US Army Special Forces Operations in Northern Iraq, 2002-03