What does Brexit mean for EU and UK Middle East policy? 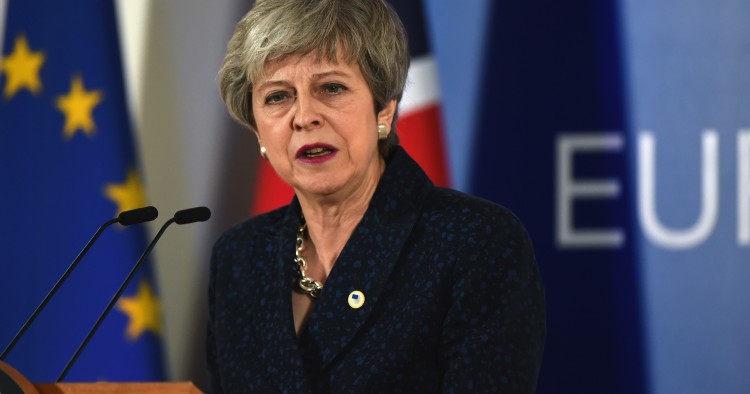 While the UK’s drawn-out withdrawal from the EU poses an internal challenge for Europeans, Brexit will likely have an impact that extends well beyond Europe, affecting the bloc’s foreign policy toward other regions of the world as well, including the Middle East. When it comes to Brexit’s influence on European Middle East policy, the main question is not if, but to what extent.

On the one hand, the EU may lose some political and economic potential as a result of Brexit. On the other hand, however, its decision-making process may become less complex and more functional without the UK, as the British position often differs from the continental point of view. On the other side of the equation, Brexit will also affect British diplomacy as well. The UK will be able to set new foreign policy priorities, and this could result in a pivot toward Asia and Africa, without the diplomatic and economic limits set by Brussels.

Undoubtedly, the UK has had an outsized impact on the EU’s external policy since the Union was established. While the UK has shared most of the EU’s interests in the Middle East, like securing the flow of oil, ensuring non-proliferation of weapons of mass destruction, and combating radical groups, London often went its own way. The clearest example of this was perhaps the 2003 invasion of Iraq. While France and Germany strongly condemned the military intervention, the UK joined the U.S.-led alliance.

Without the British, the EU will doubtless lose some diplomatic clout. The UK will no longer be engaged in implementing the EU Global Strategy, and London will also leave initiatives like the European Neighborhood Policy, the Union for the Mediterranean, and the EU’s agreement with the Gulf Cooperation Council (GCC). The UK will no longer be party to the bloc’s cooperation with the League of Arab States and the Organization of Islamic Cooperation. Going forward, in the absence of the British, the objectives of EU policy toward the Middle East and North Africa will be determined primarily by the interests of other key players such as France, Germany, and Italy.

On the British side, London will enjoy free rein in diplomacy and that may affect its relations with the Middle East and change its priorities. After leaving the EU, the British will have a choice between a “European option” and an “Atlantic option” on foreign policy issues. They may either continue to support the EU’s actions or back, for example, the U.S. to a greater extent instead. On some issues, it’s quite likely that the British would rather follow the U.S. than the EU. Even as an EU member state, the UK often tried to achieve its own objectives, defying the EU’s official positions and the interests of other European states. Taking the “Atlantic option” might result in the UK adopting a much tougher attitude toward the Iranian regime and providing greater support for Israel and Saudi Arabia, for example. The main question is if the UK will still back the EU in its political, social, and humanitarian actions in the region, like supporting the future of Syria, working to resolve the Arab-Israeli conflict, fully implementing the Stockholm agreement on Yemen, fighting discrimination, and promoting gender equality — and all of the financial commitments these efforts entail.

In addition, the UK will also have a freer hand in economic matters post-Brexit. Such a situation may result in new agreements and investments, but it could also complicate Britain’s cooperation with non-European states. All non-EU enterprises, which have enjoyed access to the European single market thanks to their British business partners or their departments registered in the UK, will suddenly lose it if the so-called “hard Brexit” becomes a reality. No transitional agreement with the EU will force the British to trade with the EU and third countries under World Trade Organization rules. Such a scenario might well be either a blessing or a curse for British exporters and importers. For the time being though, London’s only chance is to sign new trade agreements with its strategic partners outside Europe, but this process won’t happen overnight. It will likely take years, not months, to negotiate new deals.

In short, it seems that both the EU and the UK will lose some diplomatic potential in the Middle East post-Brexit. Although London will not be bound by EU treaties and agreements, it doesn’t necessarily mean that it will gain anything either. On the contrary, the British will see their diplomatic stature reduced somewhat and they won’t be able to assert their interests under the EU umbrella. The EU’s political and economic potential will also take a hit after Brexit. The UK’s influence in some Arab states, especially in the GCC, was beneficial not only for the UK itself, but also for the Union as well. At the moment all signs suggest that third parties like the U.S., China, and Russia can only benefit from Brexit. The weaker the EU becomes, the better for other powers — and this seems particularly true in the case of the EU’s engagement in the Middle East.

Przemysław Osiewicz is a non-resident scholar at MEI and an associate professor at Adam Mickiewicz University in Poznan, Poland, specializing in EU policy towards the MENA region, Iran, and Turkey. The views he expresses are strictly his own.