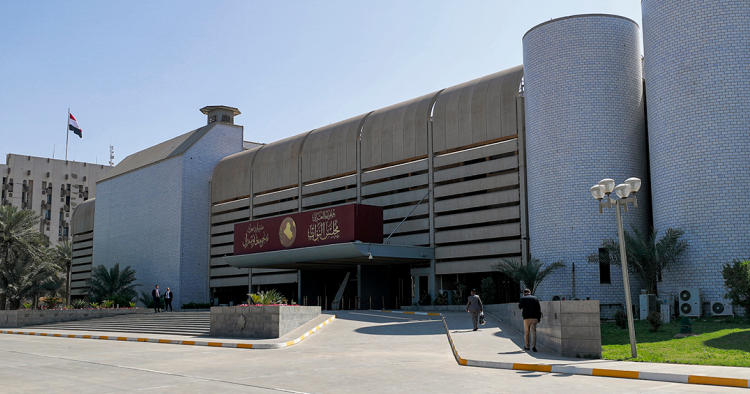 Iraq is in the midst of an unprecedented economic crisis as it grapples with a volatile post-election political environment and continued social unrest. The onset of the pandemic two years ago combined with the subsequent decline in oil prices to create added economic pressures for a state that remains highly oil-dependent and a society that is overwhelmingly dependent on the public sector for employment. The country’s inability to provide jobs and services for its predominantly young population has sparked a protest movement that has added urgency to the need for major reforms. Meanwhile, the growing threat of climate change and climate-induced socio-economic challenges have raised the specter of an existential crisis, one that could potentially be hastened by Russia’s invasion of Ukraine and the resulting impact on food security. And while other Gulf oil exporters are reaping the benefit of a windfall in revenues by spring 2022, disputes over revenue sharing and the ability to catalyze domestic spending and investment continue to weaken recovery prospects for all of Iraq.

To identify pathways to deal with demands for economic reform and volatility in resource revenue, in November 2021 the Middle East Institute (MEI) and Iraq Policy Group (IPG) convened a high-level workshop on the side-lines of the American University of Kurdistan’s annual Middle East Peace and Security Forum, bringing together decision-makers in Baghdad, Erbil, and the wider region, as well as practitioners, scholars, and the private sector to examine the country’s prospects for addressing its short- and long-term economic challenges as Baghdad and Erbil embark on ambitious reform agendas. This included discussions and debates on plans to diversify their economies away from fossil fuel dependency, the progress of reforms, regional policy goals on net zero at 2050, and the wider lessons that Erbil and Baghdad could draw from the Gulf region. This report provides the insights and analyses of a select group of participants, and forms part of a series of forthcoming Iraq- and Gulf-focused reports and initiatives that MEI and IPG will be convening.

Read the report in PDF