The Tortuous Route of the U.S.-Afghan Security Pact 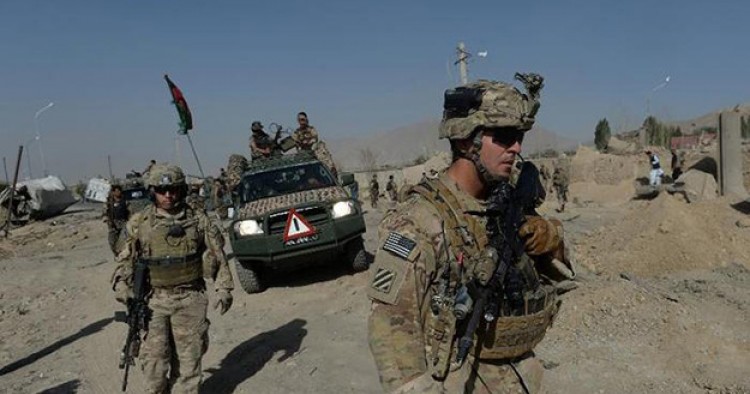 Yesterday, the United States and Afghanistan completed a bilateral security pact ensuring that U.S. troops will remain in the country. It now goes to a council of elders—the loya jirga—for authorization. MEI spoke with Scholar-in-Residence Marvin Weinbaum about the pact’s sticking points, next steps for its approval, and what each country gains from the agreement.

What does the U.S.-Afghan security pact stipulate?

The security pact has been in process for much of the last year. It addresses under what circumstances American forces will remain in Afghanistan after 2014, when the bulk of international troops will be gone. The pact extends for 10 years, and if one of the parties backs out, it has to give two years’ notice. President Obama has still not indicated how many troops will remain. The military and President Karzai would like something in the order of between 10,000 and 15,000 troops. American observers believe that the approved number is more likely to be between 5,000 and 10,000.

What issues have been contentious in regard to the agreement?

There have been two principal sticking points. The first is the question of immunity, that is, whether remaining American service personnel charged with wrongdoing would be adjudicated under Afghan law or under the American legal system. Although Karzai had insisted that the Afghans have jurisdiction, he eventually conceded to an American red line on the issue.  Without immunity U.S. negotiators had made it clear that American forces would be entirely withdrawn.  Likely to disappear without an agreement would also be the billions of dollars in promised assistance from the United States and the international community, aid that is essential to the funding of the Afghan army and police, as well as programs supporting Afghan development.

The second sticking point was Karzai’s demand that the United States not be allowed to enter and search private homes—usually in night raids. Karzai has long criticized these operations that not infrequently result in civilian casualties, while the United States feels strongly that this option needs to be available for effective counterterrorism. This issue was resolved in the draft text by an agreement that the United States would only undertake these actions under extraordinary circumstances, and with full respect for Afghan sovereignty.

What is the story behind the “apology” that Karzai demanded?

Having largely conceded on both major issues blocking approval of a draft, Afghan sources reported that Karzai would hold up submission of the agreement until the United States admitted to its military having made mistakes and pledged that these would not occur again. Although there was apparently no explicit demand for an apology, Karzai seemed to be seeking an expression of regret for American behavior in the form of a letter. According to the sources, Secretary of State Kerry offered such a letter, but Karzai demanded that it come from Obama. Here is where the story gets confusing. On Tuesday night, U.S. National Security Advisor Susan Rice announced that the United States had no intention of writing such a letter, and Kerry the following day denied that a request had ever been made. In any case, the issue seems to have disappeared. Kerry announced that negotiations on the security pact had been completed.

What happens to the pact now?

The agreement went to the loya jirga today, which consists of 3,000 people from various walks of life, most of whom are believed acceptable to Karzai. The loya jirga will presumably give the Afghan president the political cover he needs to go forward with the strategic agreement. Assuming that it gains the approval of the jirga, the text will then go the Afghan parliament that is also expected to give its okay. But there is known to be strong opposition by a number of lawmakers who are determined to demonstrate to the public their concerns about the loss of Afghan sovereignty.

Karzai may have placed another obstacle in the way of the agreement today.

Yes, we’ve learned that Karzai in his speech to the loya jirga today made a surprise announcement that if an accord is reached, it will not be signed until after the April presidential elections. If this is a mere formality, that should not pose a problem. But if it requires that a new president sign on to the agreement and possibly seek to renegotiate it, this would make it difficult for the United States to plan a troop presence in the country beyond 2014. We have to wait to see whether it is a formality or something more.

What do Afghanistan and the United States each get out of this pact?

Afghanistan gets assurance that with American and a smaller contribution of international personnel remaining in the country its security forces will receive the funding without which it would find it very difficult to defend itself against the insurgency. But above all the presence of American and other troops will represent for Afghanistan a tangible commitment of the international community to Afghan security and development.  The United States will get some assurance that the country has a reasonably good chance of defending itself against the Taliban insurgency, and that the 12 years of involvement was not for naught. It will have under the agreement the ability to undertake operations with remaining Special Forces aimed particularly at global terrorist threats such as the reemergence in the county of al-Qa`ida. Overall, the hope of the United States is that its albeit small presence will contribute to stabilizing Afghanistan sufficiently that the country will be able to succeed on its own after 2014. If it is able to persevere there may be some chance that the Taliban who, recognizing that they cannot win an outright victory, will agree to a political settlement ending the conflict.  The United States is acutely aware that a reasonably peaceful and prospering Afghanistan has consequences as well for the future of the region, most of all the stability of a challenged, nuclear-armed Pakistan.

How do the negotiations augur for the future of U.S.-Afghan relations?

These relations will recover from the very difficult negotiations that have occurred over the security agreement. With few American and other NATO troops on the ground much of the resentment that had been built up against foreign forces will end.  Afghanistan knows that it will need financial and other forms of assistance for at least another decade and that the United States is the key to that aid. Regardless of who replaces Karzai when he steps down after the April 2014 elections, the U.S.-Afghan relationship is likely to endure.