Turkey between Ukraine and Russia 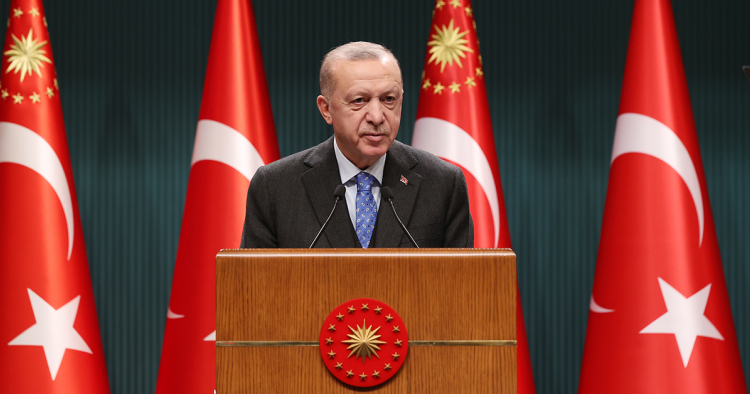 Turkey’s goal first and foremost in the Russia-Ukraine war is to stave off a broader conflict. Its choice, of course, would be to maintain stable and prosperous relations with each country. In considering Turkey’s role, we first must recognize the stakes for Ankara — that the outcome of this major war will affect every feature of the country’s national life and future.

For Turkey, Russia is a frenemy; Ankara needs good relations with Moscow despite deep differences and rivalry. Turkey depends on Russia for about 50% of its gas needs. Turkey, however, is also a strategic energy corridor in its own right. It is close to more than 70% of the world’s gas and oil reserves and thus an energy bridge between global producers and consumers. Tourism from Russia, a critical element for the domestic tourism industry, is being hurt by the war. Turkey closed the Dardanelles and the Bosphorus on Feb. 28, a move endorsed by Russia following a Ukrainian request to close the Straits the day the war started. Turkey refused to close its airspace, however, to Russian flights. Turkey has welcomed thousands of Ukrainian refugees and Russian arrivals as well. Turkey voted in the U.N. to condemn the invasion but has not agreed to join the NATO and EU sanctions against Russia.

Turkey often has divided its political differences from its economic ones — with Iran, Egypt, the Gulf states, as well as with Russia. Turkey’s stance with Russia after the outbreak of war continues the same pattern. On the political side, Ankara has declared the Russian invasion of Ukraine as unacceptable. It has never recognized the Russian seizure of Crimea and Donbas in 2014. The Turkic Tatar ethnic group live in Crimea, and Turkey has denounced human rights abuses against them there.

With respect to Ukraine, Turkey has sought out a clear partnership. The two countries signed a military cooperation and other agreements in 2020. Turkey and Ukraine signed a free-trade agreement and a joint production agreement to manufacture Turkish drones on Feb. 3. Turkey also endorsed the 2014 Minsk Accords to settle Russian-Ukrainian differences. Turkish President Recep Tayyip Erdoğan offered in Kyiv on Feb. 3 to mediate between the two countries, and his offer was welcomed by Ukrainian President Volodymyr Zelenskyy.

President Erdoğan, as the leader of a middle-sized power strengthening an independent role, wants to enhance the reputation and expand that role for Turkey regionally and globally by achieving a balance of Ukrainian and Russian influence in the region. The greater weight of security, energy, and economic concerns and ties require that he tilt toward Russia, however, while preserving an independent Ukraine as a counter-weight to it. These were Turkey’s interests before the war as well.

Is there a conflict between Turkey’s interests and its NATO obligations?

With this tilt toward Moscow, Ankara creates a conflict of interest with its role as mediator and as a NATO member. Turkey explains the conflict by stating that it will honor its commitments to NATO but cannot disregard its national interests in the region. Turkey is moving closer to the same dilemma Israel has, as noted in a New Yorker article on Feb. 28. Where is Ankara protecting Alliance interests and democratic solidarity, and where is it willing to weaken Alliance interests to achieve its own goals?

On March 17, Erdoğan spoke separately with Russian President Vladimir Putin and President Zelenskyy. A readout by Erdoğan’s Presidential Spokesperson İbrahim Kalın on the calls revealed key points about Turkey’s role and views. The most significant was a statement that NATO must begin thinking about relations after the war ends, when “there will have to be a new security architecture established between Russia and the Western bloc.” Kalın added, “Every decision we make now regarding Russia militarily, politically, economically, and otherwise will have an impact on that new security architecture.” Kalın closed by reporting that “It’s President Putin who will call this war off. When he will feel like doing it, when he thinks he has gotten what he wanted out of this war — compromise, concession, deal — I do not know. But I think we are moving in that direction.” This carries the scent of accommodation to Russian demands in order to end the war and is the kind of offer commonly made by negotiators trying to close on a deal.

What is a “win” for NATO and the US in the war?

The statements also highlight a growing dilemma for NATO. With the new measures and new force deployments announced at the NATO Summit on March 24, is NATO changing its approach now to winning the war in Ukraine? What if Putin adds peace settlement demands on NATO itself? Could those security measures to reduce bases and troops and to adopt other de-escalation measures offered weeks ago by the U.S. to avoid war now be put back on the table by Putin himself as conditions for a settlement?

The Turks seem to hint that a strong Russian military presence in Eastern Europe will have to be accommodated. If NATO has no way to undo such a result, how will the Alliance convince its own citizens and the world that the West has “won”? Is the West ready to face a long, brutal conflict and the devastation of Ukraine while NATO forces stand aside? A stalemate is likely to bring on a deep Cold War and create great uncertainty along all of NATO’s eastern frontier.

Any agreement will need to show that Western efforts justified the outcome. How will NATO express its security requirements for the space beyond the borders of NATO frontline states? Is NATO’s position going to be that it must stand by until and unless Russian troops cross NATO borders? How would NATO explain its security concerns regarding Ukraine’s future and the presence of Russian forces hundreds of miles west at the end of the war?

Turkey’s role now as a NATO member moves to center stage. If Ankara tells the Alliance that concessions are in order for Moscow to accept a deal, how will the Alliance react? Is Russia hoping that by accepting Turkey’s meditation, Moscow can split the Alliance from within? If the West and NATO’s democracies do not emerge with visible, lasting gains, is it not likely that both Russia and China will speed up the pace of their ambitions to force democracies into retreat and to create a new anti-democratic world order? As Turkey prepares to host the next round of face-to-face ceasefire talks between Ukrainian and Russian negotiators, what Ankara does and says in the coming days and weeks will come under increased scrutiny.

Ambassador (ret.) W. Robert Pearson is a non-resident scholar at MEI and a former U.S. ambassador to Turkey. The views expressed in this piece are his own.