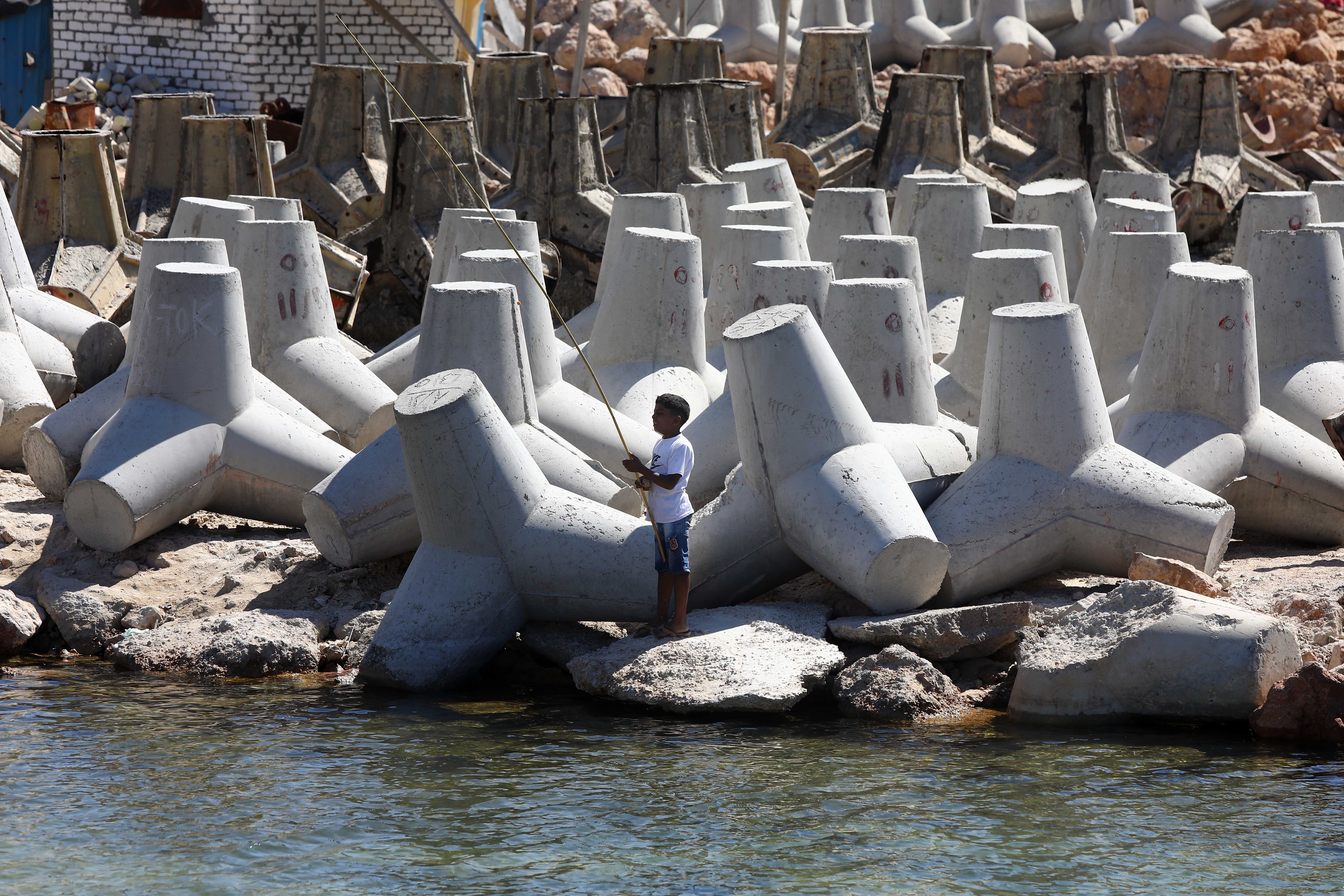 The UN Climate Change Conference (UNFCCC COP27) will be held in Sharm El-Sheikh, Egypt in November. With the ever-clearer impact of climate change being brought home the world over, each successive COP takes on greater urgency. Last year’s event, COP26 in Glasgow, in the United Kingdom, was felt by climate change activists to have fallen short of what was needed for meaningful progress on this critical issue. This year, Egypt is the host and there has been a stated emphasis on the importance of adaptation, mitigation, and financial support for climate change work. What does it mean for an emerging economy to host this conference? What are the organizers hoping to achieve? And what are the stakes for emerging economies, which have contributed so little to climate change but are bearing the brunt of its impact?

Please join us for a discussion on this vital subject on July 14th at 10:00am EDT.

Ambassador Mohamed Nasr
Ambassador Mohamed Nasr is the Director of the Environment and Sustainable Development Department at the Egyptian Ministry of Foreign Affairs. Formerly the Ambassador of the Arab Republic of Egypt to the Federal Republic of Somalia from 2018 to 2020, Ambassador Nasr’s long and distinguished career has included a stint as Counselor, Mission of Egypt to the UN and other organizations in Geneva covering developmental, environmental and information technology and telecommunications. He has also been a Sherpa of the Egyptian member of the Bureau of the Preparatory Process and the vice president of the Third United Nations Conference on Disaster Risk Disaster (WCDRR), a member of the official Egyptian delegation to the Third WCDRR and lead negotiator of Africa on the outcome documents Sendai (March 2015), and a member of the official Egyptian delegations to the World Meteorological Organization (WMO) on the establishment of the Global Framework for Climate Services (GFCS). He was a member of the official Egyptian Delegation to the Conference of Parties of Basel, Rotterdam, and Stockholm Conventions. His work on the climate and environment dates back to the official Egyptian delegation to the meetings of the African Ministers Responsible for the Environment (AMCEN) in 2010/2011 and he has been a Member of the Compliance Committee under the Kyoto Protocol since 2010.

Sarah El Battouty
Sarah El Battouty is a non-resident scholar at MEI. She is an award-winning architect with 18 years’ experience in the field of green and environmental building. Sarah is the founder of one of Egypt’s leading environmental design and auditing companies, ECOnsult, which has carried out the most certified energy-saving projects in Egypt. In 2014 Sarah was appointed as a senior advisor to the Egyptian president focusing on sustainable community development. Her focus has been Egypt’s environmental policy, which culminated in the successful ratification by Egypt of the Paris Climate Agreement and embarking on a nationwide program for energy-saving as well as water-scarcity awareness. In addition she is co-chair of the Corporate Impact & Sustainability Committee at the American Chamber, a member of the Advisory Boards for the American University in Cairo (AUC) Architecture School and the AUC School of Business, co-author of Egypt’s Tarsheed Rating System for Green Building, and is on the Board of the Sustainability Committee of the Egyptian Stock Exchange. Her focus is to raise awareness on resource management and environmental economics to create sustainable communities for Egypt’s growing population as well as regional climate challenges. She recently founded a new start-up for recycling waste into eco-furniture called MuBun.

Hani Sewilam
Hani Sewilam joined the American University in Cairo (AUC) as a professor for sustainable development and water resources management. Sewilam is the founding director of both the Center for Sustainable Development and the MSc in sustainable development at AUC. He coordinated the capacity development activities of United Nations Water between 2010 and 2011. Sewilam works at the RWTH Aachen University in Germany as the academic director of the Department of Engineering Hydrology and executive director of the UNESCO Chair on Hydrological Changes and Water Resources Management. From 2002 to 2010, Sewilam worked as the deputy director for the Department of Engineering Hydrology at the RWTH Aachen University. He managed international research and capacity building projects in 21 countries. In 2017, Sewilam founded the MSc in sustainable management – water and energy at the RWTH Aachen University. In 2008, he established the North African Regional Center of Expertise on Education for Sustainable Development (RCE Cairo), which is acknowledged by the United Nations University. Sewilam worked for the Egyptian National Water Research Center as a researcher and coordinator for development projects with several UN organizations.

Mirette F. Mabrouk
Mirette F. Mabrouk is an MEI senior fellow and founding director of the Institute's Egypt Studies program. She was previously deputy director and director for research and programs at the Rafik Hariri Center for the Middle East at the Atlantic Council. Formerly a fellow at the Project for U.S. Relations with the Middle East at the Brookings Institution, Mabrouk moved to D.C. from Cairo, where she was director of communications for the Economic Research Forum (ERF). Before being appointed associate director for publishing operations at The American University in Cairo Press, Ms. Mabrouk had over 20 years of experience in both print and television journalism. She is the founding publisher of The Daily Star Egypt (now The Daily News Egypt), at the time the country’s only independent English-language daily newspaper, and the former publishing director for IBA Media, which produces the region’s top English-language magazines. Her writing has appeared in publications like Foreign Policy, The Hill, and HuffPost, and she has been quoted and appeared on the BBC, VOA, Sky News, The Wall Street Journal, and the Christian Science Monitor, among others. She recently authored "And Now for Something Completely Different: Arab Media’s Own Little Revolution," a chapter in a book on the Arab transitions, Reconstructing the Middle East, and is the editor of a multi-author report, Rethinking Egypt’s Economy.