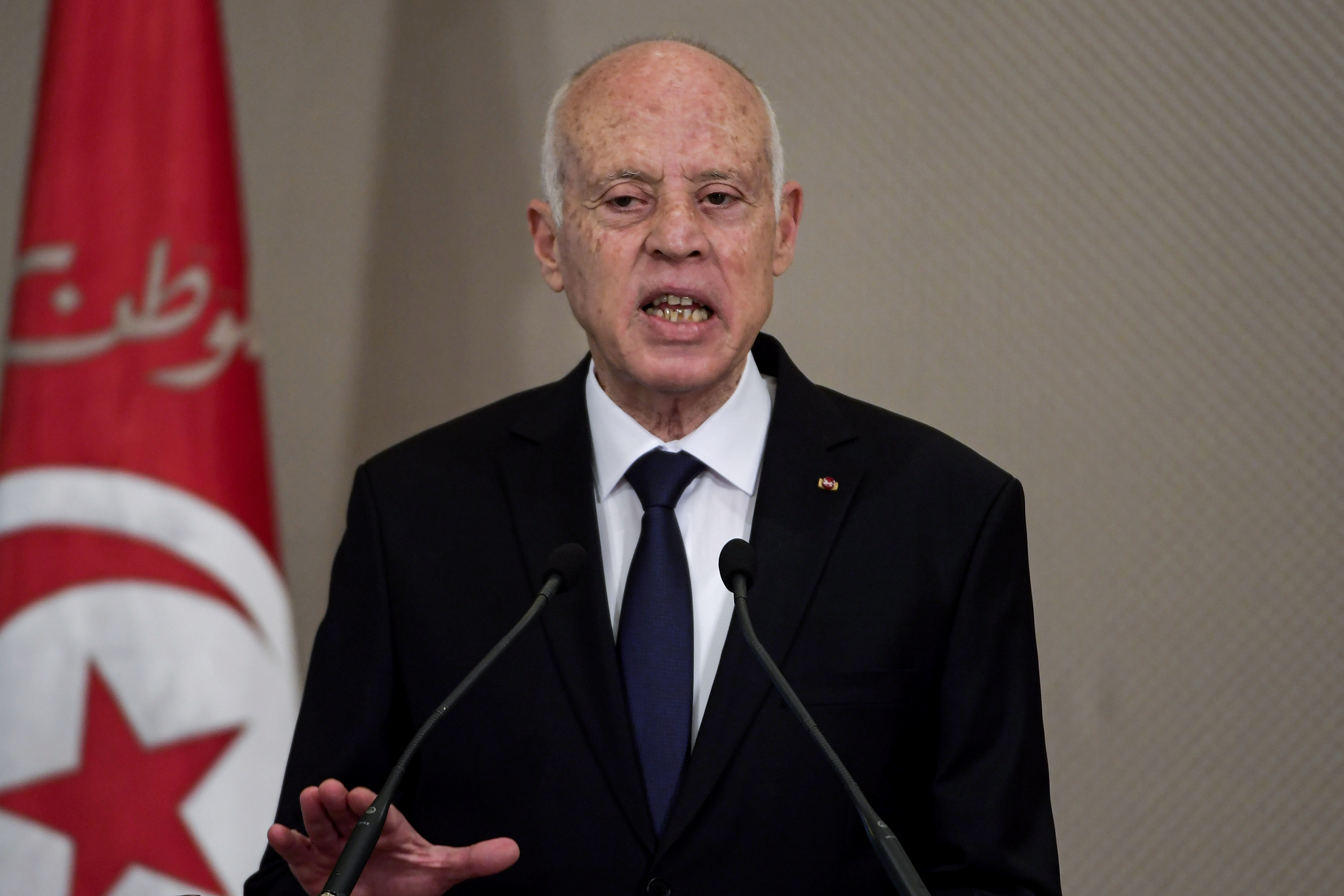 On July 25, Tunisians will vote on the new constitution drafted by President Kais Saied. The constitutional referendum comes during a difficult economic and political period in Tunisia. Economically, the country is reeling from high inflation, spiking unemployment, as well as sharply elevated commodity prices, and is in desperate need of an IMF deal—which the Tunisian government is currently negotiating. Politically, Kais Saied threw the country’s entire structure into chaos one year ago by suspending parliament and subsequently dissolving the legislature and suspending the constitution, which he has now redrawn to reflect a hyper-presidential system.

Please join the Middle East Institute on Thursday, July 21, at 10:00 a.m. EDT, for a panel on the details of the new constitution, the opposition’s reaction to it, and what it means for Tunisia’s political future.

Zaid Al-Ali
Zaid Al-Ali is the Senior Adviser on Constitution-Building for the Arab Region at International IDEA and an independent scholar. In his work, Al-Ali focuses on constitutional developments throughout the Arab region, with a particular focus on Iraq and the wave of reforms that took place in Morocco, Tunisia, Libya, Egypt, Jordan, and Yemen following the start of popular uprisings in December 2010. Al-Ali has published extensively on constitutional reform in the Arab region, including on process design issues and the impact of external influence. He is the author of Arab Constitutionalism: The Coming Revolution (Cambridge University Press, 2021). Prior to joining International IDEA, Zaid worked as a legal advisor to the United Nations in Iraq, focusing on constitutional, parliamentary and judicial reform. He also practiced international commercial arbitration law for 12 years, representing clients in investment and oil and gas disputes mainly as an attorney with Shearman & Sterling LLC in Paris and also as a sole practitioner.

Mouna Ben Halima
Mouna Ben Halima is the Founder and CEO of Hotel La Badira in Hammamet, with more than 20 years of experience in the hotel and travel industry, particularly luxury tourism. She is the current President of ATUGE, Association of Tunisians graduates from “Grandes Ecoles.” Halima is also a permanent jury member at “El Pitch” a TV competition for start-up’s. She was formerly a member of the Executive Board of the Tunisian Hotel Federation (FTH). In addition to the tourism industry, Halima is an active member in several NGOs, including Reseau Entreprendre and SOS Children's Village. In 2011/2012, Halima founded and served as the first project manager of “Le Bus Citoyen”, a civic education and democracy awareness organization. Halima holds a Master’s degree in management from Université Paris-Dauphine and an Executive MBA from the Mediterranean School of Business at South Mediterranean University.

Intissar Fakir, moderator
Intissar Fakir is a senior fellow and director of MEI’s North Africa and Sahel Program. She is an expert on North Africa, the Sahel, and key regional thematic issues, including governance, social change, migration, and security. She has written extensively on North Africa’s evolving politics, including Islamist electoral politics in post-2011 Morocco and Tunisia, the Western Sahara issue, foreign policy priorities in Morocco and the broader region, and the impact of COVID-19 on regional political stability. Her research has also encompassed political transitions, mobilization trends, energy, and social change in Morocco, Mauritania, Algeria, and Tunisia.