The Road to COP27 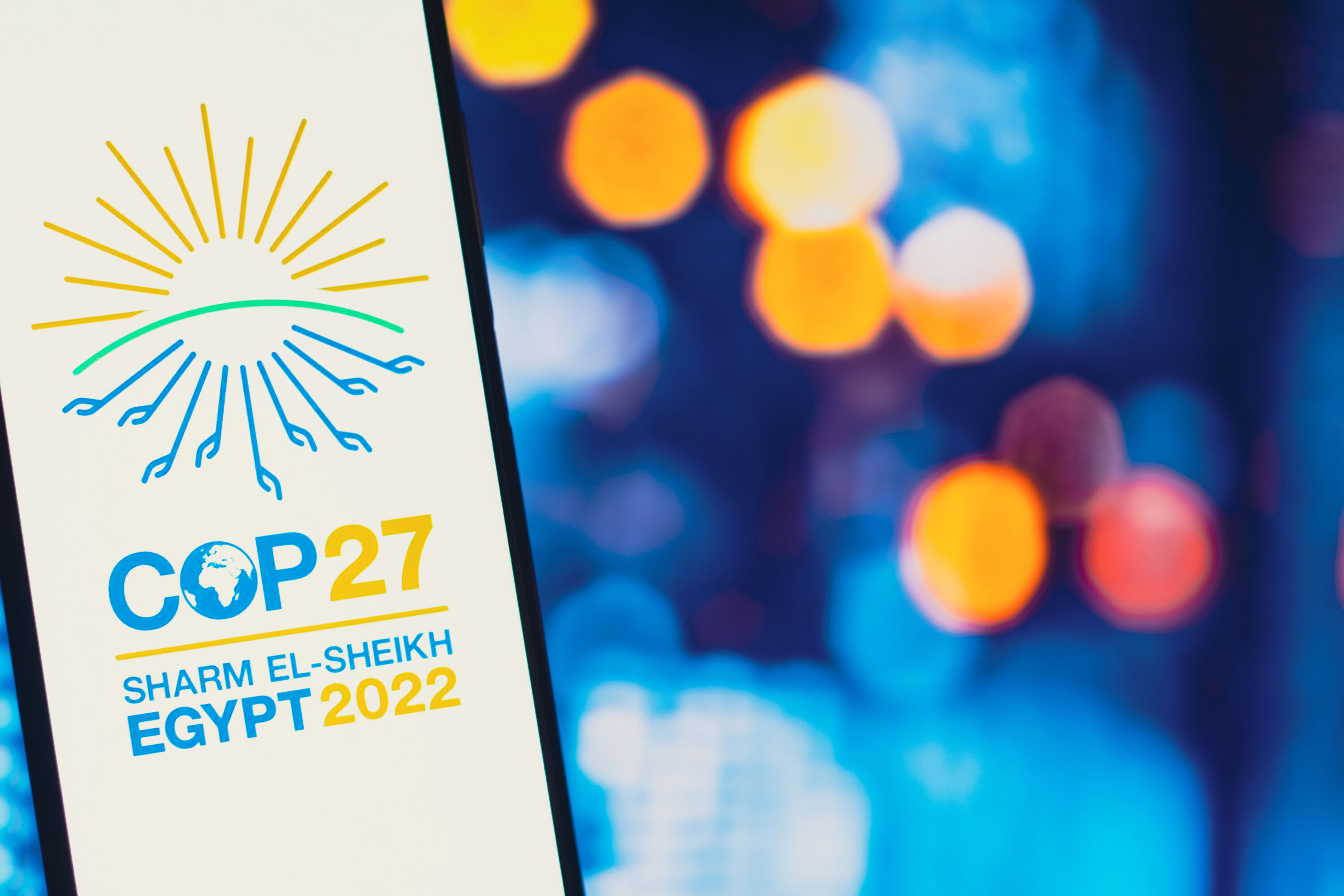 The 2022 U.N. Climate Change Conference (COP27) will convene in Sharm el-Sheikh, Egypt, from November 6 to 18. With the Egyptians hosting this first of two back-to-back COP meetings in the Middle East and North Africa region, several issues will take priority from Egypt’s and Africa’s perspectives: climate adaptation, particularly with respect to the environment and water resources; climate financing and how to best expand and leverage investment funds to support climate mitigation and adaptation in developing countries; as well as progress on the issue of compensation for climate change-induced losses and damages to developing countries from developed economies.

In the lead up to the COP27 meeting in Egypt, join the Middle East Institute for this special one-day virtual conference, during which our distinguished panels of experts will discuss the themes of water resources adaptation, climate financing, and climate justice.

The case for more adaptation in a region (and world) ravaged by climate change has never been stronger. This year’s numerous climate change impacts have been particularly adverse: Sustained droughts diminishing water resources from river systems, higher frequency of dust storms deteriorating air quality, devastating flooding causing significant damages and fatalities and crippling heatwaves persisting longer over the summer season. The common thread between these impacts both in terms of cause, effect, and exacerbation is the state of water resources. Since it is one of the most water scarce areas in the world, adaptation measures in the Middle East and North Africa must consider how to sustain existing water supplies while exploring approaches to enhance the reliability of water resources in the region to meet its drinking water, agricultural, and industrial needs.

With the growing need to adapt to and mitigate against amplifying impacts of climate change, the need for climate financing to put climate change and mitigation projects into action becomes ever more urgent. However, the money promised by developing nations has yet to materialize. How can the Green Climate Fund be more effective? How can we ensure funding for urgent adaptation catches up with funding for mitigation efforts? And how can we leverage more climate financing commitments from developing nations?

Hassan Tolba Aboelnga
Hassan Aboelnga is a renowned professional in issues of water security, climate change and sustainable development.  Dr. Aboelnga is currently the executive manager of Arab Network for Sustainable Development and the manager of climate knowledge portal, an initiative by the League of Arab States and the World Bank Group. He combines a strong engineering background with practical international experience. His entire career is centred on all four aspects of water and sustainable development-based knowledge: generation, synthesis, application and dissemination. Dr. Aboelnga has a strong international profile working closely with the World Bank, UNESCO IHP, Union for Mediterranean, League of Arab States, SDC, GIZ. Dr. Aboelnga sits on the Management Committee of specialist groups at the International Water Association and is Chair of the Urban Water Security working group and member of the Water Security Task Force at the International Water Resources Association and the Vice-Chair of the Middle East Water Forum. Hassan is a researcher at TH Köln, University of Applied Sciences in Germany with a particular interest in urban water security issues and integrated water resources management. He holds a Ph.D. from University of Kassel, Germany at the faculty of civil engineering and environment. He holds Master degree in Integrated Water Resources Management from Technical University of Cologne and University of Jordan and he a BSc in Civil Engineering from Mansoura University in Egypt. He has recently published a book on urban water security. He has many published articles, reports, blog articles and book chapters, reaching different audiences.

Raha Hakimdavar
Raha is currently the Director of Space Sciences at Ball Aerospace, where she works at the intersection of science, policy, and engineering to support space-tech development for a more sustainable, equitable, and inspired future on Earth and in space. Previously, she was a hydrologist and national program lead for remote sensing research at the U.S. Forest Service where she developed novel approaches to assess forest and aquatic resilience under threat from climate change and increased the operational use of satellite-based remote sensing across natural resource management programs. Raha served as a Presidential Management Fellow at the NASA Goddard Space Flight Center, where she explored creative ways to use satellite data for societal benefit, such as the integration of Earth observations into the UN Sustainable Development Goals. She also served as an environmental consultant for the UN Environment and the World Bank in the Caribbean and Latin America.

Brian Katulis
Brian Katulis is a senior fellow and vice president of policy at the Middle East Institute. He was formerly a senior fellow at the Center for American Progress (CAP), where he built the Center’s Middle East program and also worked on broader issues related to U.S. national security. He has produced influential studies that have shaped important discussions around regional policy, often providing expert testimony to key congressional committees on his findings. Katulis has also conducted extensive research in countries such as Egypt, Israel, Jordan, and the Palestinian territories. His past experience includes work at the National Security Council and the U.S. Departments of State and Defense.

Abla Abdel Latif
Dr. Abla Abdel Latif, originally a Professor of Economics at AUC, is currently the Chair of the Presidential Advisory Council for Economic Development; and the Executive Director and Director of Research of The Egyptian Center for Economic Studies (ECES). In 2013, she was honored with membership of the Committee of Fifty, whose mission was to draft Egypt’s Constitution following June 30, 2013.

Mirette F. Mabrouk
Mirette F. Mabrouk is an MEI senior fellow and founding director of the Institute's Egypt Studies program. She was previously deputy director and director for research and programs at the Rafik Hariri Center for the Middle East at the Atlantic Council. Formerly a fellow at the Project for U.S. Relations with the Middle East at the Brookings Institution, Mabrouk moved to D.C. from Cairo, where she was director of communications for the Economic Research Forum (ERF). Before being appointed associate director for publishing operations at The American University in Cairo Press, Ms. Mabrouk had over 20 years of experience in both print and television journalism. She is the founding publisher of The Daily Star Egypt, (now The Daily New Egypt), at the time, the country’s only independent English-language daily newspaper, and the former publishing director for IBA Media, which produces the region’s top English-language magazines. Her writing has appeared in publications like Foreign Policy, The Hill and HuffPost and she has been quoted and appeared on the BBC, VOA, Sky News, The Wall Street Journal and the Christian Science Monitor, among others. She recently authored "And Now for Something Completely Different: Arab Media’s Own Little Revolution," a chapter in a book on the Arab transitions; Reconstructing the Middle East and is the editor of a multi author report, Rethinking Egypt’s Economy.

Mohammed Mahmoud
Mohammed Mahmoud is the Director of the Climate and Water Program and a Senior Fellow at the Middle East Institute. His areas of expertise include climate change adaptation, water policy analysis, and scenario planning. Mohammed has held leadership positions in several organizations: most recently as Chair of the Water Utility Climate Alliance; prior to that, Mohammed was President of the North American Weather Modification Council. Mohammed’s professional accomplishments include negotiating and formalizing a 10-year multi-state cloud seeding funding agreement between seven Colorado River Basin states, developing and implementing the first ever climate adaptation plan for a multi-county water district in Arizona, and helping secure a $1.1 million grant from NASA for Arizona State University to study the impacts of climate change on the hydrology of the Western United States. Mohammed has conducted water management research and work for the Middle East and North Africa region, most extensively on the Nile River Basin. His research on the Nile River Basin focused on the development of water resources in the Basin, analysis of Nile water-sharing agreements, and solutions for current and future challenges in the Nile River Basin. Mohammed’s other water management work in the region explored formalizing the administration of Saudi Arabia’s groundwater resources by using other established groundwater management frameworks as application templates; such as Arizona’s 1980 Groundwater Management Code.

John Matthews
John started and led WWF’s freshwater climate adaptation program in 2007 before co-founding the Alliance for Global Water Adaptation (AGWA) in 2010, where he remains the Executive Director. He has led the development of a variety of climate risk reduction methodologies that have been used in dozens of countries, prepared green bond criteria that have certified more than 15 billion USD in water resilience investments across six continents, and advised well over 100 countries on their national climate commitments. Current work includes developing a new generation of resilience indicators, leading the development and implementation of a national climate planning tool, working with businesses to incorporate resilience within operations, heading a program to engage macroeconomic planners and central bankers to blend resilience with traditional economic evaluation approaches, and contributing to large-scale technical climate risk assessments.

Paul Noumba Um
Paul Noumba Um is the Regional Director of the World Bank’s Infrastructure Department in the Middle East and North Africa region. He is an infrastructure (energy, transport and water), telecommunications and private sector expert with over three decades of experience in infrastructure policy regulation and finance. He has advised governments, utility companies and private sector partners on energy security and efficiency, transportation, telecommunication, good governance, PPP and Privatization. Dr. Noumba Um has held technical and leadership roles within the World Bank – most recently as the Country Director for Southern Africa (South Africa, Botswana, Eswatini, Lesotho, Namibia, Zambia, and Zimbabwe) and previously as the Country Director for Mali, Chad, Guinea, Central Africa Republic and Niger. He also served as the practice manager for Private Sector Development and finance for Western and Central Africa.

Nikolaus Schultze
Nikolaus Schultze serves as chair for climate policy at Edelman Global Advisory. Prior to joining EGA, Schultze was a key member of Conservation International’s leadership team, serving as vice president for European Partnerships. Previously, Schultze served as global policy director for the International Chamber of Commerce (ICC) where he oversaw the transformation of his department, redirecting focus to key knowledge hubs and better developing a robust strategy for global business members. Schultze spent nearly 30 years in a myriad of vital roles within the U.N. system and other public and private international organizations, including serving as chief operating officer for the World Maritime University (IMO), as assistant director-general at the Global Green Growth Institute in South Korea and as a director for First Climate and Syngenta Foundation.