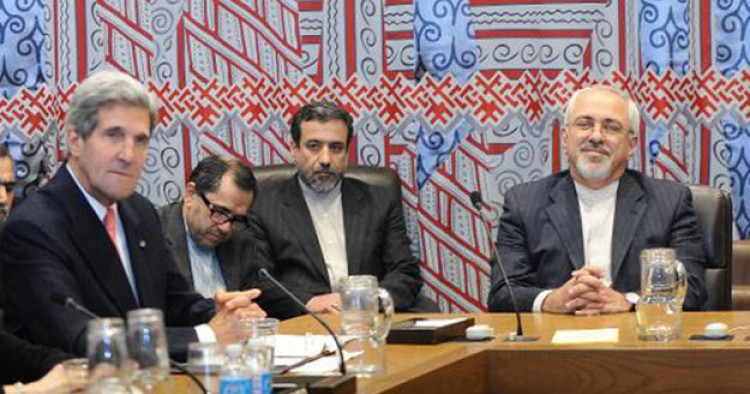 In C.S. Lewis’ fantasy land of Narnia, the white witch put a spell on her realm to ensure that there would be perpetual winter and that Christmas would never come. For 34 years American-Iranian relations have been similar: a long, hard freeze unbroken by any cracks or signs of thaw.

Now the ice may finally break. The September 27 Obama-Rouhani telephone call was historic on many levels. It marked the very first time that an American president and his counterpart from the Islamic Republic have communicated beyond exchanging messages through intermediaries.  In October 1979, then Foreign Minister Ebrahim Yazdi set the dysfunctional pattern of Iranian diplomacy for the next 34 years. He met his American counterpart, Secretary of State Cyrus Vance, on the sidelines of the UN General Assembly, and, in response to Vance’s questions about how the U.S.-Iranian relationship could move forward after the changes in Iran, Yazdi only recited his list of real and imagined grievances against the United States stretching back decades. Repeated probing from Vance brought the same non-response from Yazdi.

Yazdi’s successors have followed the same pattern. In the years that followed this sterile exchange, at least 90 percent of Iranian diplomacy has consisted of the same memor­ized recital of complaints. In these recitals, Iranian representatives have gone as far as to blame the United States for breaking bilateral relations in April 1980, six months after the authorities in Tehran supported the occupation of the U.S. Embassy in Tehran and the detaining of its employees under appalling conditions.

In early November of 1979, in the days following the embassy seizure, Ayatollah Khomeini deepened the chill when he decreed that no Iranian official could meet with President Carter’s emissaries, Ramsey Clark and William Miller, who had travelled as far as Istanbul with a personal message from Carter to Khomeini. The Iranian leader’s decision meant that the two envoys stayed in Istanbul, the White House message re­mained undelivered, and a student sit-in at the American Embassy in Tehran became a full-blown international crisis. In the after­math, the United States and Iran were estranged for 34 years, and the Islamic Republic found itself nearly friendless with a reputation for self-destruction.

Now after decades of hard freeze, the ice is breaking. In New York Rouhani and Obama had a civil conversation and the sky did not fall. Despite the worries of the chest-beaters on both sides, neither Iran nor the United States has surrendered its rights or abandoned its principles.

There is much new in the discourse. The Iranian president spoke of “moderation” and of how he “listened carefully” to Obama’s words—two expressions that have been long absent from political speech in the Islamic Republic.  The Iranian and American foreign ministers also had a meeting within the gathering of the P5+1 and the Iranian delegation—a meeting that both Secretary of State John Kerry and Foreign Minister Javad Zarif described as positive. The meaning is clear: Iran may still have its grievances, but its diplomacy now has more to offer than a recital of sterile formulas.

Politicians like to say, “Failure is not an option.”  In the case of the United States and Iran, however, failure is always an option. It is always possible that this new optimism and new spirit will lead nowhere. Other opportunities have been lost, and earlier promising starts, such as Secretary of State Madeleine Albright’s 1998 offer of a “roadmap to better relations” without preconditions, failed because of misreadings, bad assumptions, bad timing, or just bad luck.

Although the ice of perpetual winter may be cracking, the ground is still slippery. More than three decades of futility have taken their toll. For 34 years the only tool available to both sides was a sledge­hammer. Now officials will have to relearn how to handle more delicate tools that have grown rusty from long disuse. Since 1979 interactions between the two sides have consisted mostly of glaring at each other across an abyss and trading insults, threats, and empty slogans.  Iran is part of an “axis of evil.”  The United States is “world arrogance.” Thirty-four years of practice have made both sides creative at bash­ing the other. Sometimes the abuse goes beyond words, and an Iranian civilian airliner is shot down or hundreds of American marines are murdered in Beirut.

The new ground is not only slippery, it is unmapped. Both sides are moving warily on new territory. In Washington we have become very good at applying sanctions and denouncing Iran for its human rights record, its support for terrorism, and its suspicious nuclear program. With years of practice, we have become skilled at applying what President Obama has called “the satisfying purity of indignation.”

What neither side has been able to do is apply the traditional diplomatic methods that have remained unused for so long and change a relationship that serves the interest of neither side.  Supreme Leader Khamenei’s references to “heroic flexibility,” and President Rouhani’s frequent references to moderation suggest that the Iranian side has, after 34 years, discovered that these unfamiliar methods can serve its country’s interests better than empty slogans and useless provocations.

What are the means that will help both sides make the most of the current opportunity?  They are not secret, and are familiar to anyone who chooses negotiation over sermonizing, posturing, and bullying. They are:

In Narnia, the spell of the white witch was broken and the long winter came to an end. Of course that story was fantasy. In reality, we have embarked on a difficult and unfamiliar path to overcome decades of hostility.  What I can predict, however, is that once Iranian and American representatives begin talking—if not as friends then as representatives of states that have matters to discuss—they will soon ask themselves: “What was all the fuss about, and why did we waste 34 years quarreling?”

Iran’s key demands for the revival of the JCPOA