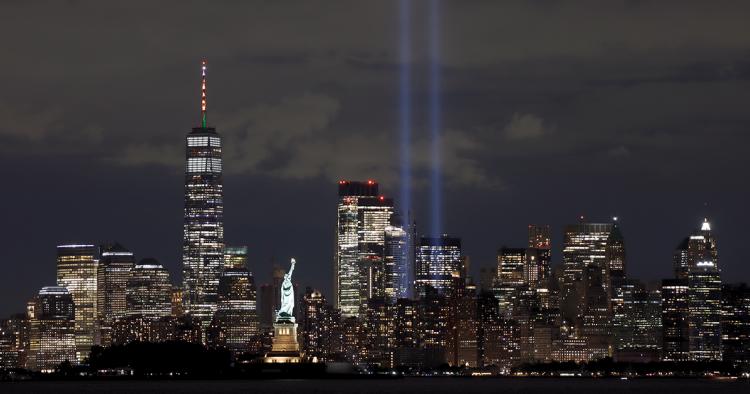 As the world prepares to mark the 21-year anniversary of the Sept. 11 attacks, public perceptions and policy attention on the threat posed by terrorism are arguably at an all-time low. Recent polling across nearly 20 advanced economies revealed that terrorism did not even register as an issue of concern to respondents, who instead highlighted worries relating to cyber, disinformation, China, Russia, economics, and climate change. Indeed, at a time when the war in Ukraine, escalating tensions over Taiwan, and heightening concerns around Iran’s nuclear program are foremost on the public agenda, perhaps it is unsurprising that terrorism has dropped off the radar.

However, it would be a mistake to assume that the challenges and threats posed by terrorism are over. In fact, terrorist groups have grown in number, geographic scope, and technical and military sophistication over the past two decades. Strategic missteps in Afghanistan and profound overreach in Iraq may have contributed to the proliferation of terrorist movements linked to al-Qaeda and Islamic State (or ISIS), but the movements themselves have also evolved with time — adapting to new conditions and demonstrating the kind of resilience and strategic patience that we as counterterrorism actors have all too often failed to match.

The one aspect of counterterrorism where the United States has demonstrated both resolve and success is in the hunt for terrorist leaders and the development of ultra-precision weapons to neutralize the threat they pose. In May 2011, the U.S. military killed Osama bin Laden in Abbottabad, Pakistan and in the last three years, two successive leaders of ISIS as well as bin Laden’s successor, Ayman al-Zawahiri, have all been killed. And that is not to mention the many dozens of second-tier leadership figures killed in U.S. counterterrorism operations across Africa, the Middle East, and South Asia since 2001.

The most recent high-profile operation — the drone strike that killed Zawahiri in the Afghan capital Kabul on July 31 — utilized an R9X Hellfire missile, which in being designed to avoid causing collateral damage, has no explosive payload and instead deploys six blades shortly before impact to strike and shred its target. In northwestern Syria, where the R9X was first used in 2017 to kill al-Qaeda’s deputy leader Abu al-Khayr al-Masri, the missile has struck human targets sat in the passenger seat of a sedan vehicle, while the driver, just inches away, has survived. With no explosive charge, an R9X appears to have struck Zawahiri while he was sat on his balcony and left nothing else in the way of damage except a couple of blown-out windows.

That the U.S. has near-perfected a precision strike capability and has been tirelessly persistent in hunting down high-value targets (HVTs) should be a cause for celebration. Degrading terrorist leaderships and sustaining acute pressure on their ability to operate does constrain a terrorist movement’s ability to regenerate, let alone command a global network. However, out of that success has emerged an evolved and far more complex series of terrorist challenges that, for now at least, we appear ill prepared or unwilling to confront. Having faced years of consistent pressure, al-Qaeda and more recently ISIS have emerged as increasingly decentralized movements (rather than rigidly coordinated organizations) made up of a network of semi-autonomous affiliates united by a shared ideology and vision but pursuing their own individual and local agendas.

The decentralization of terrorist movements and the localization of their activities across the globe has meant that in almost all respects, the threat to the U.S. homeland has significantly reduced. For many in the policymaking community, this is clear evidence of success and has served to justify a long-standing desire to pivot away from counterterrorism and toward other issues on the foreign policy and domestic agendas. In truth, however, terrorist groups around the world have not been forced to localize their objectives, they have done so out of choice — having made a strategic decision to reorient their energies into activities they now realize are more likely to engender a more resilient, sustainable, and defensible presence within their respective environments.

From Somalia, the Sahel, and the Maghreb to Syria, Yemen, and Afghanistan, affiliates of both al-Qaeda and ISIS are increasingly openly dedicated to local goals, while attention on the “far enemy” is a distant afterthought. From temporarily forbidding violence in order to empower peaceful political protests and mediating decades-old clan and nomadic conflicts, to forming alliances with non-ideological local actors and developing relationships with nation state governments, the decentralization and localization of al-Qaeda affiliates has been particularly notable in recent years. And it is paying off, with these groups now more deeply rooted in their local theaters than ever before, and many enjoying a degree of local acceptance, credibility, and potentially support.

Jihadism’s pivot toward this localism model has benefited enormously from the proliferation and expansion of ungoverned spaces, weak and failing states, economic decline, and large-scale conflict-induced population displacement. The democratization of the internet and associated technology into the most undeveloped and rural regions of the world has widened the aperture for terrorist propaganda like never before.

Terrorist groups across Africa, the Middle East, and Asia could not wish for more amenable conditions — all the more so amid a widespread consensus among policymakers in the West that counterterrorism no longer deserves the kind of attention of years past. No issue underlines the scale of the international community’s disregard for the importance of terrorism’s drivers and root causes more than the persistence of the detainee dilemma in Syria, where 10,000 ISIS militants languish in makeshift, insecure prisons and nearly 60,000 associated women and children remain, largely abandoned, in internment camps riddled with disease and facing horrendous humanitarian conditions.

Beyond the conflict, political, and social aspects of this clear trend toward localism, terrorist groups benefit additionally from a lesson taught the world over by ISIS: Investing locally offers a sustainable and far more significant source of revenue streams than the traditional model of covert operation. By embedding into the local economies — both legitimate and illegitimate — terrorist groups are becoming core components of the political economy of their operating environments, affording them the opportunity to support their operations in the long term. With large swathes of Africa, the Middle East, and South Asia looking likely to remain unstable for years to come, illicit economies are growing exponentially. From drugs and weapons to people smuggling, few organized crime markets in the region are now untouched, or indeed not dominated by terrorism-linked actors.

Driven in large part by the desire to focus on great power competition and macro challenges like climate change, the U.S. and its allies look unlikely to devote any significant or concerted attention to challenging the decentralization and localization of terrorism. Yet the terrorism challenges and threats of today are intrinsically linked to, dependent upon, and in some cases, benefitting from the dynamics associated with issues like great power competition. There is no separating them, in fact.

Climate change is already exacerbating the underlying drivers behind at least some of the instability, population movement, and economic decline that terrorists are exploiting for their own benefit in parts of Africa. Great power competition and state-sponsored waves of manipulative disinformation and misinformation across the developing world have both engendered conditions ripe for violent extremism, while also distracting the international community and encouraging it to turn its attention elsewhere, leaving vacuums into which terrorist actors so willingly step. As terrorist agendas remain locally fixated, the risk of our geostrategic competitors stepping into the vacuums we create also rises, as does the prevalence of state-sponsored terrorism and the use of non-state armed proxies. While Iran is the world’s foremost operator of terrorist and sectarian militias today, the ongoing debate around whether or not to designate Russia a state sponsor of terrorism is unlikely to be such an academic discussion a few years from now.

Absent a major terror attack targeting Western citizens or interests in the wider region, the U.S. and its allies have been lured into a false sense of security when it comes to terrorism. To ignore the expansion of locally oriented terrorist groups because they do not threaten our security at home would represent dangerously short-sighted negligence. Far from being unconcerning, the threats posed by jihadist terrorism and ideology from Africa, through the Middle East, and into South and Southeast Asia have never been more diverse, more globally distributed, more sophisticated, more financially self-sustaining, or more actively present in as many theaters. Far from defeating terrorism, the U.S. and its allies have won battles, but we are clearly losing the war.

The Biden administration’s counterterrorism strategy places a primary emphasis on utilizing over-the-horizon (OTH) capabilities to neutralize terrorist threats from afar. By design, however, an OTH-oriented strategy is not utilized to tackle any of the activities that have come to dominate jihadist operations worldwide. Viewing the terrorism challenge holistically, OTH offers little more than a band-aid. If a Taliban takeover of Afghanistan was deemed an acceptable outcome a year ago, then there is little to deter similar entities from controlling wide swathes of populated territory elsewhere. It is hard not to be concerned about the long-term trajectory of jihadist terrorism, particularly as we mark the anniversary of the attacks of Sept. 11, 2001.

Charles Lister is a senior fellow and the Director of the Syria and Countering Terrorism & Extremism programs at the Middle East Institute. The views expressed in this piece are his own.