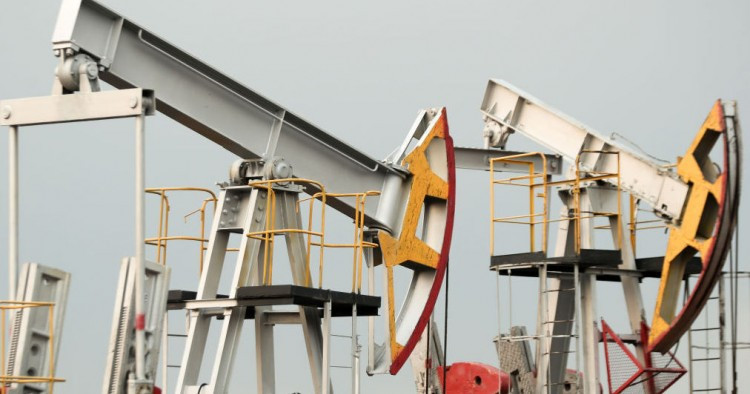 OPEC+ oil producers are unlikely to step back from their plans to increase production, as both the short-term market forecasts and long-term expectations of structural changes in the global oil market are forcing producers to focus more on market share expansion.

The last two OPEC+ meetings clearly demonstrated the cartel members’ intention to pump more oil into the market. In June-July, it required a considerable effort for the members to agree on an expansion of output by 0.4 million barrels a day (mbpd) on a monthly basis. Yet, for the first time in a while, the intense discussion was not centered on compliance issues but on the fact that all the main oil producers — and particularly the UAE — wanted to make sure they were given the maximum possible increase in output quota.

Immediately after the adoption of new production plans, OPEC+ members demonstrated one of the highest output growth rates in recent history and signaled that this was just the beginning. The UAE declared its intention to further increase export volumes of the Murban benchmark in 2022 to ensure the success of its futures trading, and these plans, while implying the redistribution of oil flows between domestic consumption, refining, and exports, would hardly be feasible without maintaining the high level of output. Abu Dhabi National Oil Company is also preparing to implement plans to increase production by 1 mbpd over the next eight years, and is even considering active drilling expansion in the region. For its part, Saudi Arabia is talking about a 1 mbpd increase in production capacity by 2030. Consequently, service companies currently perceive the Middle East as one of the most attractive regions in the long term, although its profitability for them in 2021 was modest.

No reason to stop

By September, there were concerns that new monthly production increases could overheat a market whose recovery is still sluggish and lead to a fall in oil prices. Even some OPEC members argued that the pace of the production increase might need to slow after September to avoid a drop in prices. However, on Sept. 1, OPEC+ approved maintaining the current output growth plans, a decision driven by several factors. First, despite some negative short-term expectations, mid-term market forecasts remain relatively positive and suggest that oversupply will be avoided in 2021. Moreover, most of these forecasts predict a much smaller surplus of oil in 2022 than was previously expected, meaning that the overall situation has potential for further improvement in the long run.

Political considerations also contributed to the OPEC+ decision to maintain the output growth rates. On one hand, the slowing of oil output just two months after the decision to raise it would give a negative signal to the market, undermining confidence in OPEC+ as an organization capable of reading economic trends, and contributing to market instability. On the other hand, OPEC+ members need to find a balance not only among themselves, but also between their interests and those of a third party, the U.S. American officials were not satisfied with the recent increase in oil and fuel prices, and have demanded that the cartel boost production further. Neither Saudi Arabia nor the UAE could completely ignore this, given their difficult recent political relations with the U.S. As a result, there was no increase in the quotas, but there were no reductions either.

A new world is coming

However, the key reason for OPEC+ reluctance to reduce production — both in September and, most probably, any time soon — is the likely long-term scenarios for market development, which are leaving oil producers with just one option: to raise output and try to retain their market share to face the coming energy transition. Otherwise, most forecasts see nothing good for OPEC+ producers going forward, although the nature of the challenges they will face differs according to the scenario.

One forecast suggests that within the next decade the lack of investment in new oil field development caused by producers’ concerns over the potential speed of the energy transition, market oversupply, and a coming fall in oil prices might cause a substantial demand deficit. For instance, according to Wood Mackenzie, by 2030 the supply gap will reach 20 mbpd, with demand growing by 7 mbpd and non-OPEC output falling by 13 mbpd. This should be considered a blessing in disguise by the OPEC+ producers, as it means there is an option for them to expand their market share and boost their earnings. However, this opportunity might be missed if the limitation on oil production continues constraining their own development plans: A number of OPEC+ members are already talking of struggling to achieve even pre-2020 levels of output or maintaining them in the long run. Wood Mackenzie argues that, during the 2020s, OPEC might fail to increase its market share without additional efforts to boost production.

An alternative scenario is that, in the long term, the market share of OPEC (and, potentially OPEC+) will grow, as the energy transition will reduce both oil demand and prices, leaving the market open for those who have the lowest cost of production. According to one scenario proposed by the International Energy Agency, by 2050 OPEC’s market share will reach an unprecedented 52%. Yet, this will not mean the beginning of another golden age for the cartel members: By the 2030s limited oil demand and low prices will seriously reduce the incomes of exporters and turn some of their oil fields into stranded assets. To avoid this, producers are advised to speed up diversification efforts and make renewable energy a viable part of their economic structure. However, for now, oil resources represent the only viable source of funding for projects in these areas for OPEC+ countries, and oil producers need to make sure they are able to monetize these resources before the predicted fall in prices and slowing growth of demand force them to face the problem of stranded oil assets. This implies that the self-imposed output limitations are only a temporary measure to stabilize the oil market and delay the fall in prices. Yet, in the long run, the key oil producers will be more focused on increasing production volumes.

The future of OPEC+

The process will not be straightforward. The traditional oil producers, such as Saudi Arabia, will try to balance the effective oil price, high production volumes, and “unwillingness to act alone.” That is where OPEC+ continues to play a very important role. It provides an important negotiation platform that allows producers to coordinate their efforts to increase market share, avoiding unnecessary tensions. It also remains important and de-facto the only available means of market regulation that can occasionally be used by oil producers to stabilize the situation if necessary. From the long-term perspective, OPEC+ will be very reluctant — even more so than before — to reduce production volumes without serious necessity. Thus, its importance as a market instrument and negotiation platform should guarantee its continued existence well beyond 2022, when the agreement on current production levels expires.

Nikolay Kozhanov is a Research Associate Professor at the Gulf Studies Center of Qatar University and a Non-resident Scholar with MEI’s Program on Economics and Energy. The opinions expressed in this piece are his own.