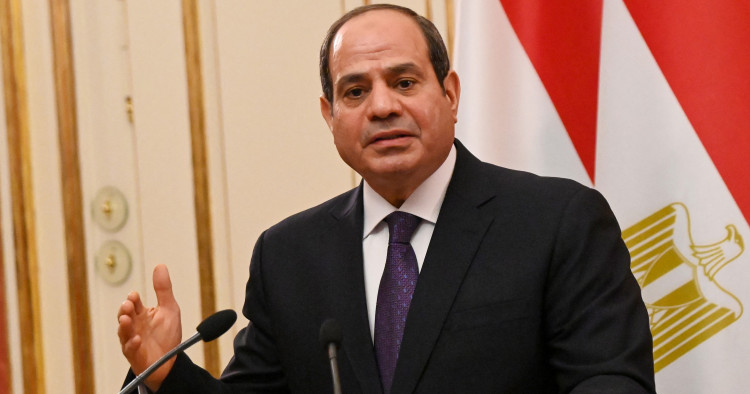 The “national dialogue” that Egyptian President Abdel-Fattah el-Sisi called for more than five months ago has nearly concluded its lengthy preparatory stage, but no date has been set yet for the official launch, according to organizers.

Those talks will then result in “recommendations” that the subcommittee participants will send to the president in the form of proposed draft laws or policy papers; he will decide which ones to carry out. While the fact that it will be up to the president alone to decide how to deal with the outcome cast doubt on the significance of the dialogue, government organizers said that the president would certainly not have personally undertaken this very involved and protracted initiative without intending to take its recommendations seriously.

So far, expectations within the opposition and among outside observers have remained low that the long-awaited dialogue will lead to significant changes in terms of political reforms, particularly as the launch date has repeatedly been delayed for no obvious reason. And there is pessimism about agreeing to a common strategy to deal with the country’s accumulated economic and social woes, considering the regime’s record over the past five months, if not the past eight years.

Still, a dozen secular opposition parties, gathered in an alliance known as the Civil Democratic Movement (CDM), agreed to join the dialogue proposed by Sisi, hoping it may lead to a reversal of policies that nearly eliminated them since he became president in June 2014. That period culminated with the arrest of hundreds of opponents for lengthy periods on trumped-up charges, such as aiding a terrorist group, spreading false news, and abusing social media.

The regime jailed thousands of members of the officially banned Muslim Brotherhood group, which continues to dub Sisi a “coup leader” and refuses to accept his legitimacy since the forced removal of late president and Muslim Brotherhood leader Mohamed Morsi on July 3, 2013. But in early 2019, Sisi’s government expanded the crackdown to target any form of dissent, including members of liberal, leftist, and nationalist parties. Those were once seen as allies as they also opposed the Brotherhood and called for its removal from power in 2013.

Sisi released nearly 700 prisoners since calling for an inclusive dialogue that would allegedly include all opponents except, pointedly, for the Muslim Brotherhood group. However, the releases have been happening slowly and in limited numbers. Although a few opponents were granted immediate presidential pardons, several key regime critics — such as bloggers Alaa Abdel-Fattah, Ahmed Doma, and Mohamed “Oxygen” Ibrahim, as well as lawyers Ziad Eleimi and Mohamed el-Baqer — are still in jail after receiving final sentences by the Emergency State Security Court. Many others have been in pretrial detention for two or three years already, mainly for expressing views on online social media that were critical of the president.

Opposition parties have said they were not setting conditions to take part in the national dialogue but insisted that it would be very difficult for them to participate while their members remain in prison. Thus, they were not rushing to begin talks with the regime before seeing the largest possible number of prisoners released, hoping to benefit from the slight political opening that followed Sisi’s call for dialogue. However, the rate of prisoner releases remained sluggish, while apprehensions of individuals who expressed opposition views did not stop. This weakened confidence in the regime’s intentions and cast doubt on its purported desire to open up the domestic political space.

The re-arrest last month of Sherif Rouby, once an activist with the April 6 Youth Movement (which played a key role in the January 25, 2011, revolution), sent a particularly negative message to all those who hoped that Sisi’s call for dialogue would mean an end to the past eight years of restrictive measures against his opponents. Rouby had only been released from jail three months earlier, after having spent two years in pretrial detention.

Upon being let out over the summer, he posted and was interviewed by the Qatar-based Al Jazeera, complaining that many of those who were recently released faced great difficulties finding jobs or making a living, were banned from traveling, and had their assets frozen. When apprehended again in September, he faced the same charges that kept him behind bars originally: allegedly joining an illegal terrorist group and spreading false news.

According to human rights groups, the number of those arrested over the past five months could top those released during the same period, weakening the stand of opposition parties that agreed to participate in Sisi’s national dialogue.

Opposition parties such as the leftist Popular Socialist Alliance, the Arab nationalist Al-Karama, the Egyptian Social Democratic Party, the Dostour Party, and the Bread and Freedom Party have also raised questions as to how meaningful the dialogue would be on the most pressing economic issues since the government has already been taking major economic policy decisions unilaterally over the past few months. Those included negotiating a “sizeable” loan with the International Monetary Fund (IMF), appointing a new Central Bank acting director, and selling government assets to friendly oil-rich Gulf nations, namely Saudi Arabia and the United Arab Emirates. Qatar and Kuwait also expect to boost their investments in Egypt by buying shares in state-owned companies.

Along with the economic discussions that are due to be part of the national dialogue, Sisi called a month ago for a separate economic conference, which is supposed to take place on Oct. 23, to discuss the same issues. However, this conference will include businessmen and international financial institutions. “What’s the point then in discussing the economy at the national dialogue if the president has his own economic conference?” asked a leader of one opposition party who asked not to be named.

Egypt’s deteriorating economic situation, particularly following COVID-19 and the outbreak of the full-scale war in Ukraine more than seven months ago, is undoubtedly the top issue of concern for nearly all Egyptians. The government did not specify why the president was calling for national dialogue at this particular time, but many observers believe that the regime might be willing to slightly open up the political space to ease some of the pressure ahead of more painful economic measures expected soon. Hosting this year’s United Nations Climate Change Conference (27th Conference of the Parties, COP27) at Sharm el-Sheikh, on Nov. 6-18, which is expected to be attended by dozens of world leaders and top officials, including the United States and Europe, is likely another key reason for launching the dialogue — as an attempt to improve Egypt’s international reputation.

Meanwhile, the IMF is in final talks with Egypt to help ease the economic crisis that has strained public finances. The IMF’s managing director, Kristalina Georgieva, said in recent statements that Egypt was in a very advanced stage of discussing staff-level details pertaining to a new line of credit, and that an agreement would be announced “very soon.” “We’re looking at sizable programs. The exact size is always determined through negotiations and finalized with the authorities,” she added. Expectations were that the deal would be announced after the annual IMF and World Bank meetings in Washington, which ended last week. Yet officials said they needed a few more days to finalize the technical particulars. Tunisia, meanwhile, got its own loan deal, worth $1.9 billion. Egypt’s economy is practically on hold while waiting for the IMF loan agreement. The size of the loan will not be the issue and would certainly not be enough to cover the huge deficit in Egypt’s budget, its increasing imports bill, or to pay off earlier debts. However, it is needed as a “certificate of confidence” in Egypt’s economy to allow the government to borrow even more money from other donors and issue treasury bills.

Egypt has been suffering a severe shortage of foreign currency, and the government has dimmed lights in city squares and ordered shops and malls to close early to save natural gas for export. The annual headline inflation rate accelerated to 15% year-on-year in September, up from 14.6% in August, the Central Bank of Egypt reported earlier this month.

A loss of confidence in the weakening Egyptian pound and an exodus of local and overseas investors from short-term government paper was fully expected — it is a problem that bedevils nearly all developing economies during times of global economic turmoil. Yet this situation has contributed to dollars running short in Egypt. The Egyptian pound has lost around 20% of its value against the dollar since March. The automotive sector has been among the worst hit, but the import crunch has affected everything from electrical components to textiles and spare parts, traders said. Into the summer, some clothing retailers, unable to secure new seasonal stocks, left winter collections on the shelves.

Even some goods many would consider essential have been affected. One Cairo pharmacy owner told this author that Egyptian pharmaceutical suppliers are having trouble importing foreign-made drugs, while local manufacturers have cut production because of difficulty importing active ingredients. Bankers say dollars have largely disappeared from the interbank market, and traders note the lengthy and frustrating process most must go through to secure hard currency through a letter of credit in order to be able to bring in goods from abroad. Finally, foreign currency reserves have fallen around 20% over the course of the year, declining from $41 billion in January to $33 billion as of September, despite an influx of money from Egypt’s Gulf allies and new import rules.

In statements on Tuesday, Oct. 4, marking the anniversary of Egypt’s 1973 war against Israel, Sisi admitted to a serious economic crisis but said he remained hopeful because of his deep belief that God would not spoil all the efforts he had exerted over the past eight years. Moreover, he asked Egyptians to bear the pressure and not lose hope — to remain as steadfast as they were in the 15 years between Egypt’s loss in the 1967 War and 1982, when Israel withdrew its troops from Sinai.

Conducting the national dialogue alone will not solve all of Egypt’s political, economic, and social problems, but it could mark an end, perhaps, of the unilateral style of decision-making that has characterized the regime’s behavior over the past eight years. It will also be a rare chance for opposition parties to present alternative policies to those of the president, who has been the sole decision maker in Egypt over the past eight years. However, whether the dialogue itself will mark a genuine change in the regime’s authoritarian policies remains to be seen.

Khaled Dawoud is the deputy editor-in-chief of Al-Ahram Weekly and former president of the social-liberal Dostour Party.